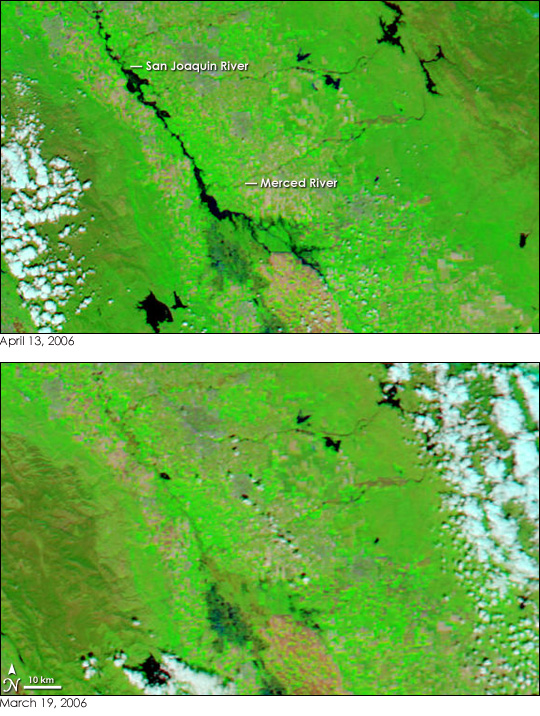 Many California counties were in a state of emergency on April 13, 2006, when the Moderate Resolution Imaging Spectroradiometer (MODIS) on NASA’s Aqua satellite acquired the top image. A month of above-average rainfall taxed river systems, levees, and reservoirs in Central California, particularly along the San Joaquin River. Inky black in this false-color image, the river has spread beyond its banks to cover bright green squares of farmland. Earlier in April, two burst levees along the Merced River flooded homes and farms, forcing evacuations, according to news reports. Those floods had subsided by the time this image was acquired, and the Merced River looks much as it did in mid-March, before the floods began.

The flooding was not limited to the area shown in this image. The Dartmouth Flood Observatory also reported flooding along the Consumes, Sacramento, and Navarro Rivers to the north. These floods are visible in the large images provided above and in daily images provided by the MODIS Rapid Response Team.