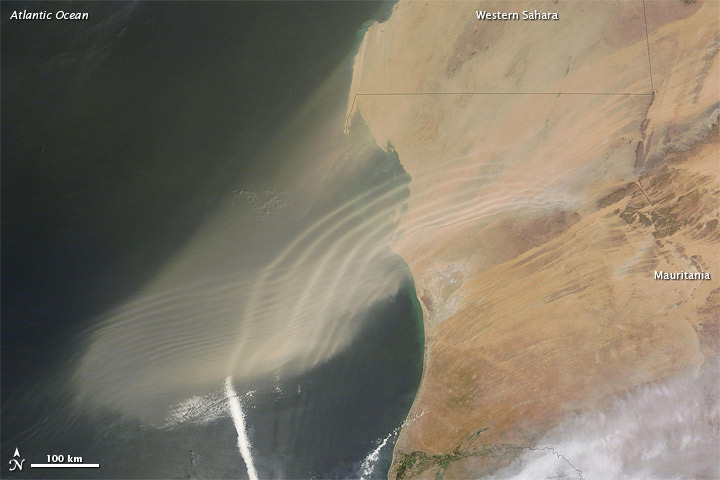 Dust plumes blew off the west coast of Africa and over the Atlantic Ocean in late September 2011. The Moderate Resolution Imaging Spectroradiometer (MODIS) on NASA’s Terra satellite captured this natural-color image on September 23, 2011.

The dust plumes sport a wave-like appearance—bands of thick dust alternating with bands of relatively clear air. Some waves extend westward while others curve toward the south in giant arcs. At the end of one curving wave of dust, a line of clouds extends southward over the sea. These ribbon-like patterns might result from atmospheric waves.

Sand seas sprawl over much of Mauritania, and the abundant sand provides plentiful material for dust storms. This dust storm has not yet reached Cape Verde, which lies to the southwest, but the dust appears headed in that general direction.