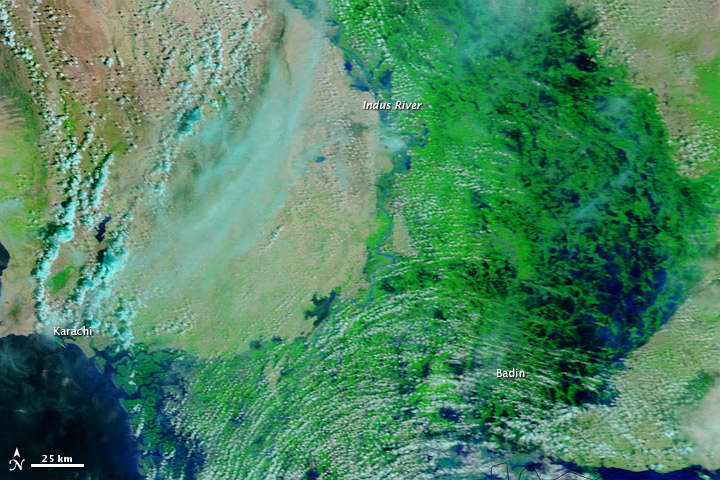 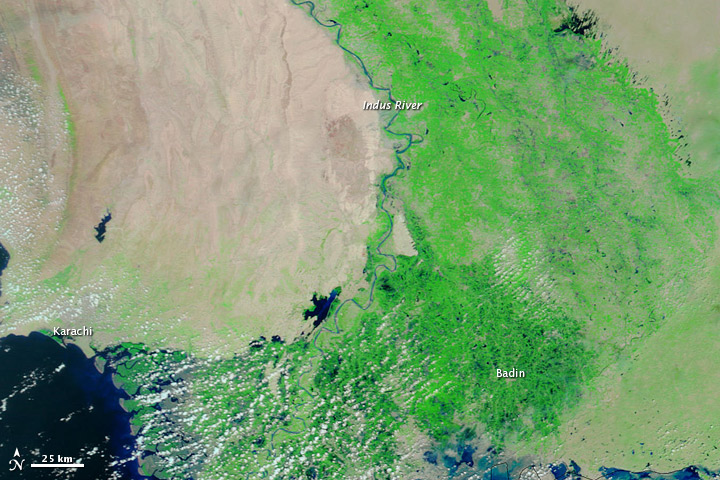 Floods in Pakistan’s southern province of Sindh had claimed more than 200 lives by early September 2011, according to news reports. Thousands of residents were stranded, and more than four million acres of cropland were affected. Meanwhile, forecasts called for more heavy rain in the coming days.

These images use a combination of infrared and visible light to increase contrast between water and land. Water is blue, vegetation is green, bare ground is tan or brown, and clouds are pale blue-green. In September 2011, large tracts of land east and north of Badin that were free of water two years earlier have now been submerged.

The Associated Press of Pakistan reported that the heavy rains resulted from unusual weather patterns. Widespread, heavy monsoon rains are not unusual in northern Pakistan, but in late summer of 2011, heavy rain fell over the southern part of the country. Poor drainage exacerbated the problem, according to the BBC. While the coastal city of Karachi suffered from heavy rain, the worst damage occurred in rural areas.