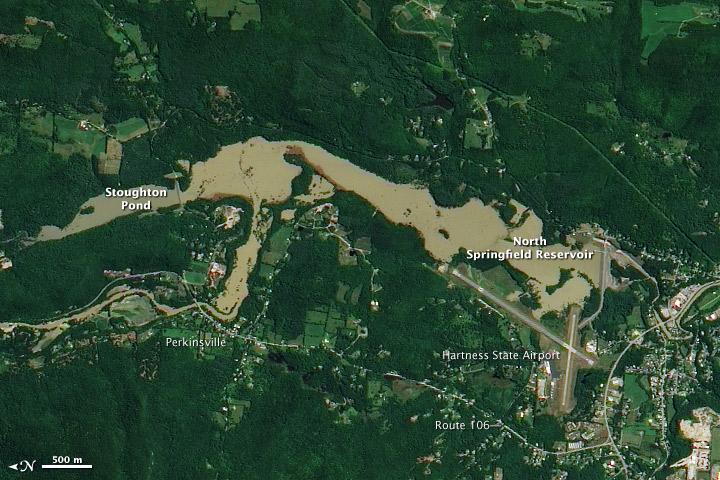 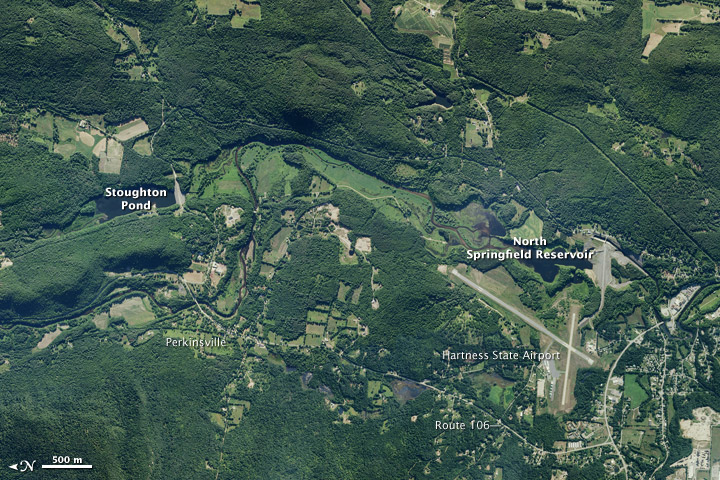 On September 1, 2011, the governor of Vermont petitioned the federal government to have Hurricane Irene declared a major disaster for the state, describing the storm-induced flooding as the worst natural hazard to affect Vermont since the 1927 flood. Destruction was widespread, but one part of the state avoided major water damage thanks to a flood-control dam.

The Advanced Land Imager (ALI) on NASA’s Earth Observing-1 (EO-1) satellite captured the top image on August 29, 2011. An aerial photomosaic shows the same area on July 6, 2009. Both images are rotated so that north is on the left.

Muddy water fills North Springfield Reservoir in the image from August 2011, and extends northward to Stoughton Pond. In July 2009, most of the reservoir is free of water and covered with vegetation. The Army Corps explains that a causeway maintains a permanent pool of water in Stoughton Pond.

On August 31, 2011, Vermont Public Radio noted that few towns along the Black River (which receives water from nine other tributaries) escaped flooding, but Springfield was one of the lucky ones. The project manager for the dam said water flowed into the reservoir on August 28 five times faster than the channel downstream could have accommodated.

data from the National Map. Caption by Michon Scott. 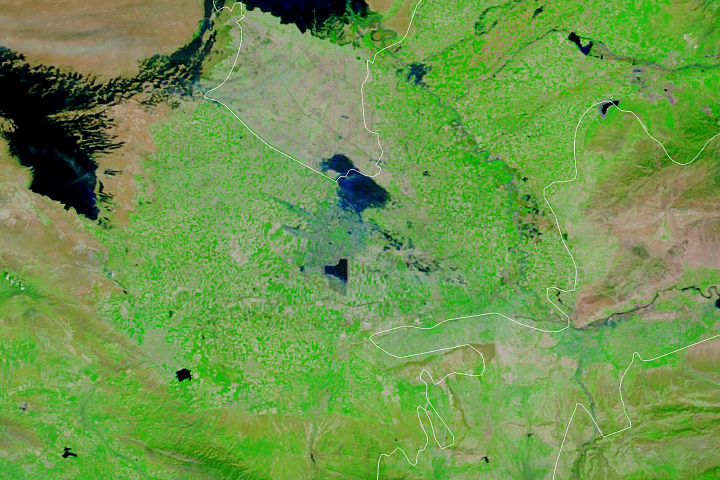