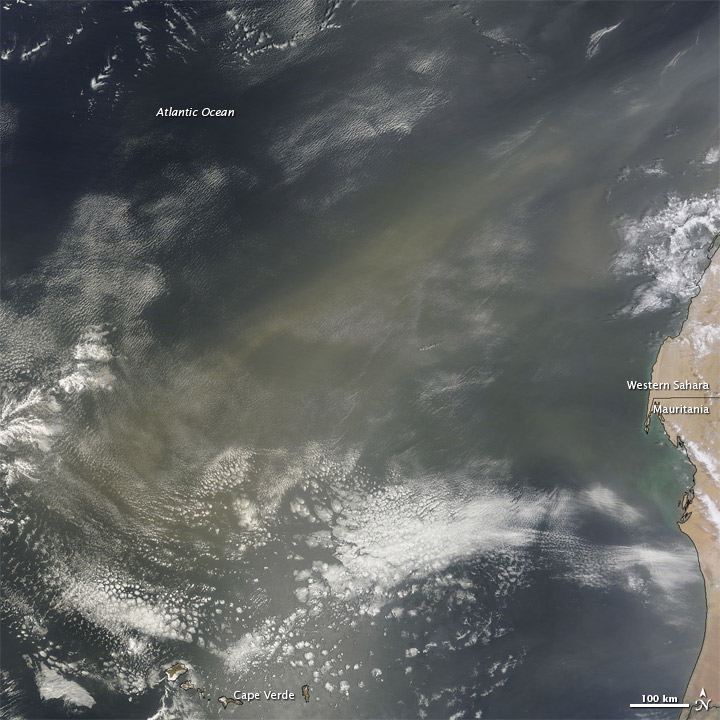 A dust plume runs northeast-southwest over the ocean, blowing past the border between Western Sahara and Mauritania. The dust plume appears to dissipate in a bank of clouds north of Cape Verde.

Dust plumes from the Sahara can travel hundreds, if not thousands, of kilometers over the Atlantic, sometimes crossing the entire ocean. The dust plumes can carry pesticides as well as bacteria and fungi harmful to Caribbean corals. Were it not for Saharan dust, however, some Caribbean Islands would lack the soil to support vegetation. Saharan dust has also provided soil for the Amazon Rainforest. 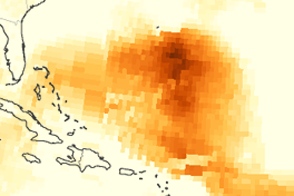