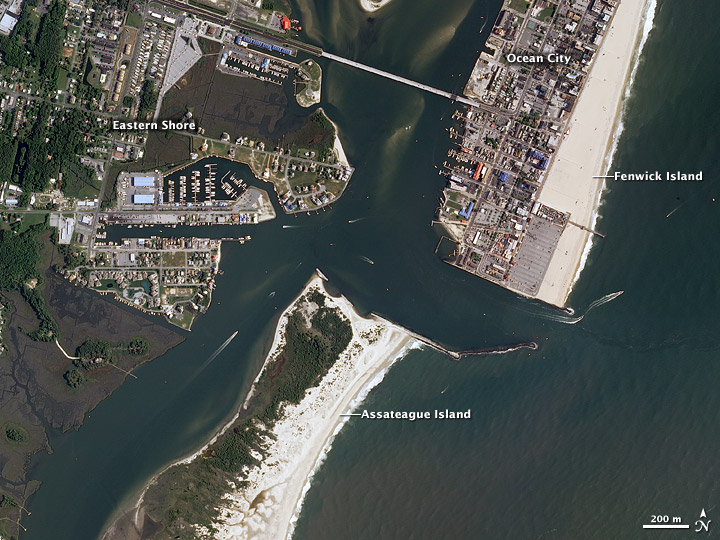 If you’ve ever stood in the water on an ocean beach, you’ve likely noticed a pattern in the way water and sand move across your feet. The direction oscillates between moving towards you (sometimes at an angle) carrying sand across the tops of your feet, and then away from you, removing sand from behind your heels and carrying it back out to sea. Your feet slowly begin to sink into the sand. Your feet are taking part in a micro version of a grand coastal process known as longshore transport.

Waves are generally steered ashore by the prevailing winds, often blowing at oblique (slanted) angles to the shoreline. Once a wave breaks, a shallow layer of water glides along the shore, carrying sediment with it. As the momentum from the wave deteriorates, gravity pulls the water downhill and back into the ocean—at least until the next wave moves in and carries the next load of sediment.

This process of longshore transport is responsible for moving sediment up and down coastlines. It can sometimes lead to the development of barrier islands and spits—thin strips of beach that generally form parallel to the mainland.

Before 1933, a single barrier stretched along the eastern seaboard of the Delmarva Peninsula in the United States. A major hurricane breached that barrier in August 1933 causing it to split into two islands: Fenwick Island to the north and Assateague Island to the south. The two islands are depicted in the image above, which was taken by an aerial survey plane on June 26, 2009. Various plumes of sediment are visible in the water both in the ocean and the bays.

Ocean City, Maryland—just north of the inlet—was already developing into a vacationer's paradise before the barrier breach. After the split in 1933, the local fishing industry flourished, too, particularly after a decision to stabilize the inlet by building jetties on either side. Completed in 1935, the jetties were designed to allow easy navigation between the ocean and the bay.

The jetties, however, interrupted natural coastal processes such as longshore transport. The inlet choked off the continuous flow of sediment along the coast to the north end of Assateague Island, accelerating beach erosion. The effects of the Ocean City inlet were initially overlooked. But they are hard to ignore now that the north end of Assateague Island has migrated nearly 700 meters (2,300 feet) landward.

Growing concern about the rapid deterioration of Assateague Island led to the North End Restoration Project. The first phase, completed in 2002, replenished the beach with a one-time supply of 1.4 million cubic meters of sand. The second phase, started in 2004, is addressing the long-term effects of the jetties and attempting to re-establish a natural sediment supply to mirror pre-inlet rates.

With or without human intervention, coastal processes continually morph coasts into different shapes, sizes, and colors. Changes can be observed in a day, a season, or a decade, such that there will always be something different about the sand beneath our toes from one visit to the next. 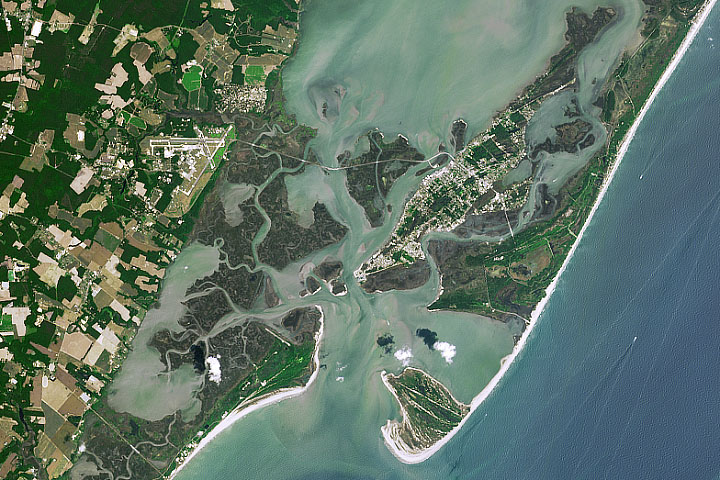