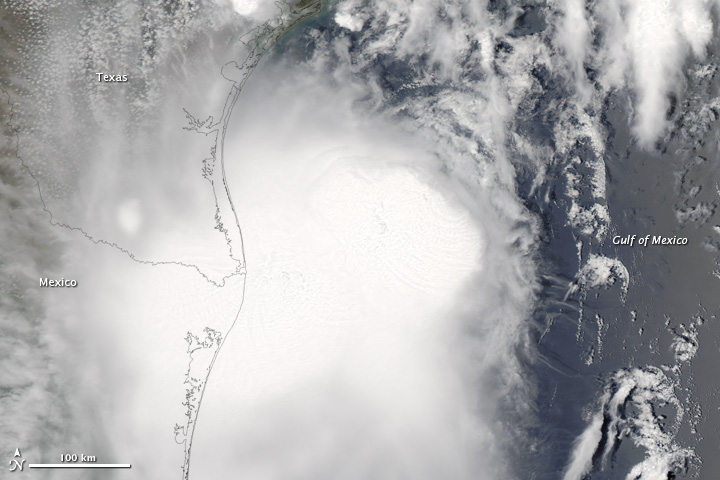 Tropical Storm Don became the first tropical system of the 2011 hurricane season to make landfall in the United States. Don was approaching the Texas coast on July 29, when the Moderate Resolution Imaging Spectroradiometer (MODIS) on the Aqua satellite acquired this image. The storm made landfall late on July 29 and quickly dissipated.

It was hoped that Don would bring much-needed rain to drought-parched Texas. However, dry air pushed into the storm as it moved towards Texas, weakening it. As a result, says the National Weather Service, Don brought far less rain to Texas than expected. The storm’s weakening may even have been caused by the drought, says the National Weather Service. Most of Texas is still in exceptional or extreme drought.

Tropical Storm Don was approaching southwestern Texas when this true-color image was taken on July 30, 2011. 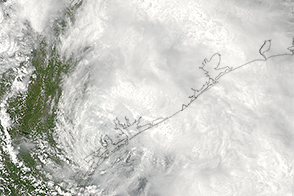