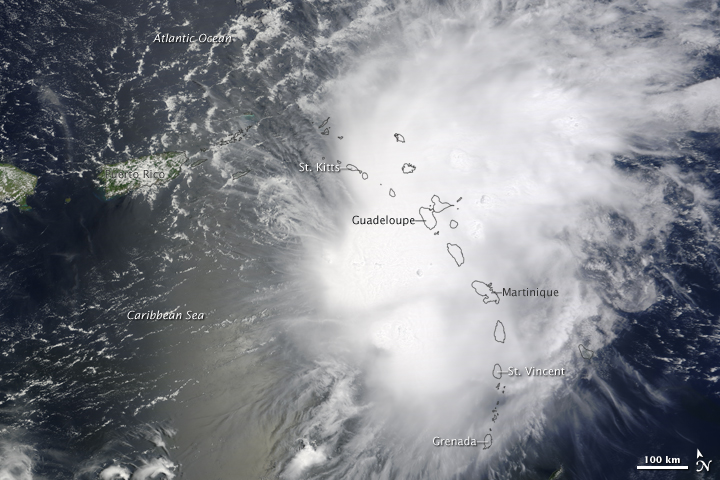 Tropical Storm Erika was quickly losing steam when the Moderate Resolution Imaging Spectroradiometer (MODIS) on NASA’s Terra satellite captured this image on September 3, 2009. The storm was spread over the Lesser Antilles Islands in the eastern Caribbean, its center not clearly defined. At the time the image was taken (12:10 p.m. Atlantic Daylight Time, or 15:10 UTC), Erika was a weakening tropical storm with winds of 40 miles per hour (65 kilometers per hour), according to the National Hurricane Center.

Erika looks like a weak storm. Instead of clouds that spiral in towards a well-defined center, spokes radiate out from the storm as high-altitude winds pull the storm apart. The storm’s shape is elongated, a distorted oval instead of a circle. Within hours of this image, Erika would be a remnant low-pressure system, no longer organized enough to be a tropical storm.