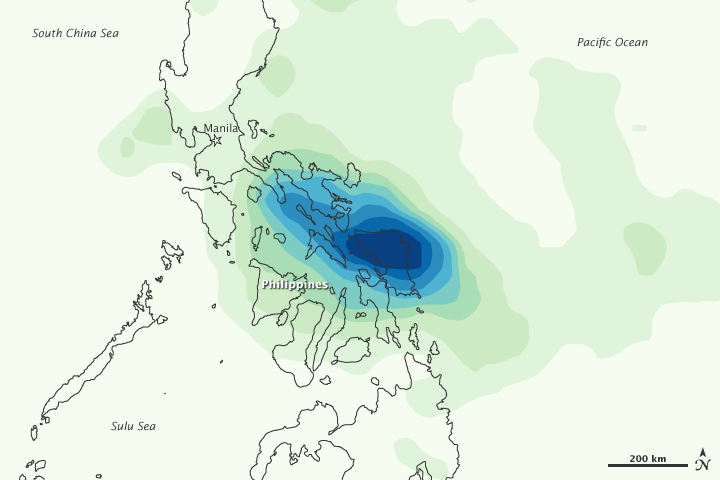 Over the course of its existence, Tropical Storm Aere traveled in a large arc. The storm passed over the northern Philippines, and passed east of Taiwan before curving back toward the northeast. Aere dissipated south of Japan.

Tropical storms and damaging rains frequently affect the Philippines, Typhoon Megi, Tropical Storm Conson, and Tropical Storm Ketsana being just a few of the storms to cause widespread damage. Torrential rains can also affect the islands even without the influence of named storms, such as heavy rains in January 2011.