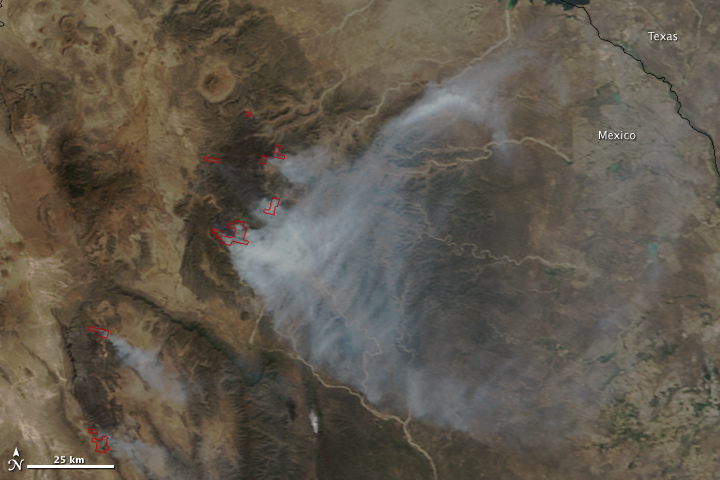 Two large and smoky wildfires continued to burn in northern Mexico on April 6, 2011. The fires are outlined in red in this image, taken by the Moderate Resolution Imaging Spectroradiometer (MODIS) on NASA’s Terra satellite. The fires are burning in a remote mountainous area of Mexico’s Coahuila state near the Texas border.

According to the Mexican Secretary of Environment and Natural Resources, fires in Coahuila had burned more than 40,000 hectares of mostly brush and pastureland as of April 5. Strong winds, including a tornado, and steep, inaccessible terrain had been making the fires difficult to combat. As of April 5, 830 firefighters are working to control the fires.