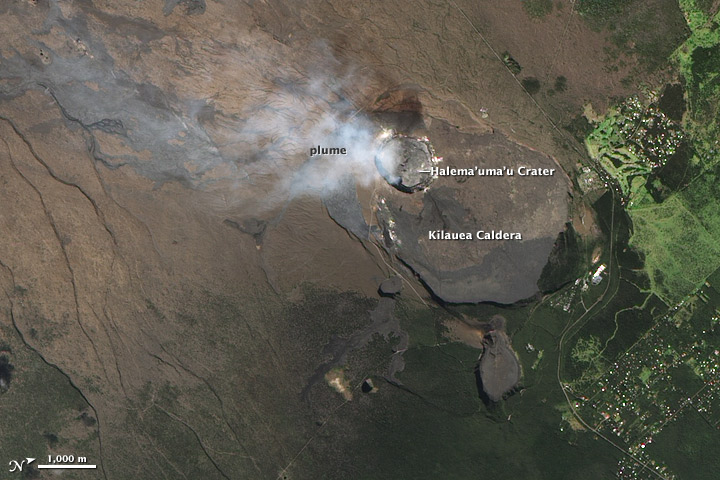 Over the past several weeks, a pit within Halema’uma’u Crater (on the summit of Kilauea Volcano) has steadily emitted sulfur dioxide and other volcanic gases. About 120 meters (390 feet) below the pit’s opening, a lava pond rises and falls as magma moves underneath Kilauea.

Kilauea Caldera, Halema’uma’u Crater, and the volcanic plume are all visible in this natural-color satellite image acquired on January 15, 2011 by the Advanced Land Imager (ALI) aboard theEarth Observing-1 (EO-1) satellite.