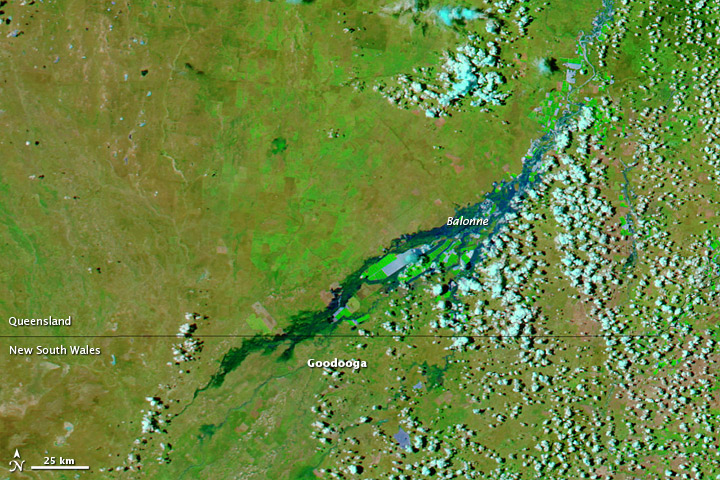 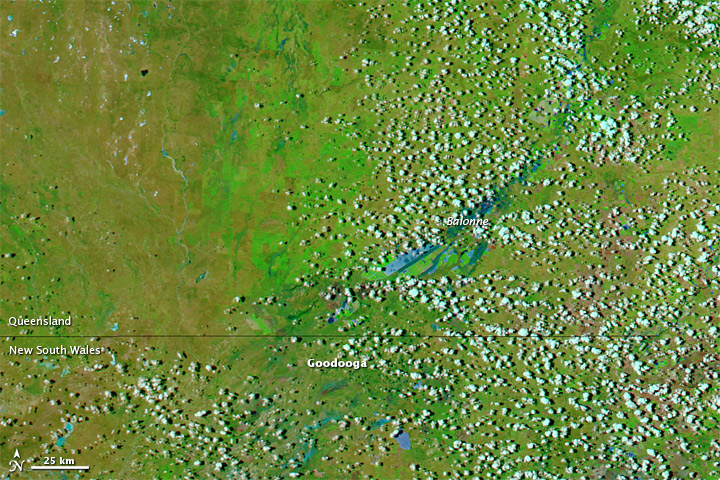 As flood waters moved south from Queensland, Australia, in early January 2011, one of the first communities affected in neighboring New South Wales was Goodooga. Already remote, the village was expected to be isolated from the outside world for up to six weeks, The Sydney Morning Herald reported.

The Moderate Resolution Imaging Spectroradiometer (MODIS) on NASA’s Aqua satellite captured these false-color images before and after the flood waters moved south from Queensland. The top image is from January 6, 2011; the bottom image is from December 12, 2010.

Both images use a combination of infrared and visible light to increase the contrast between water and land. Water ranges in color from light blue to navy. Clouds appear light blue-green and cast shadows onto the land surface below. Vegetation is bright green. Bare ground appears in shades of pink-brown. The rectangular areas of fluorescent green and light blue south of the river belong to an irrigation station.

Just south of the Barlonne River, Goodooga was one a few communities expected to be isolated by rising waters. Authorities warned that, although it was the first New South Wales community affected by the flooding, it would not be the last.