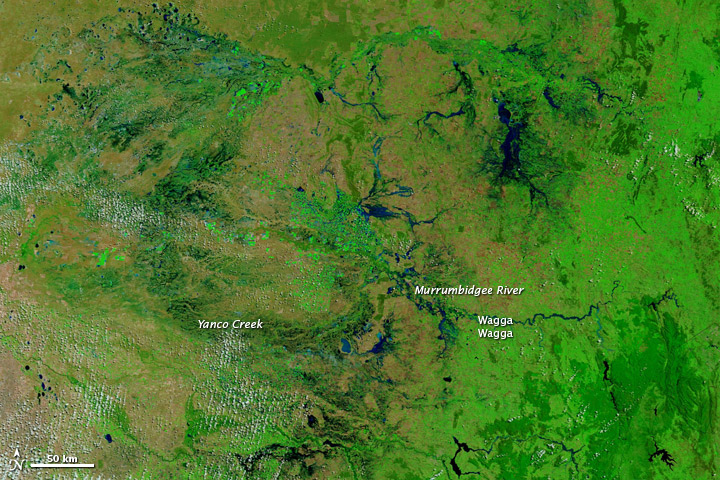 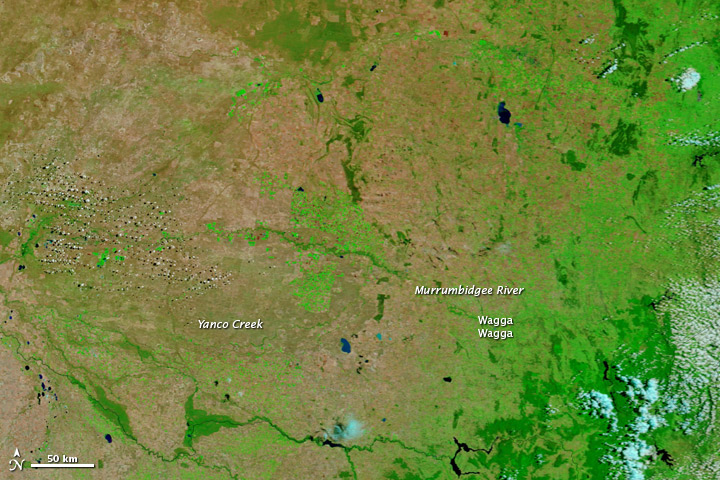 In early March 2012, authorities evacuated residents of New South Wales, Australia, as the Murrumbidgee River approached its highest level in 159 years, news reports said. Although the town of Wagga Wagga escaped major flooding, roughly 9,000 people were evacuated. Meanwhile, about 75 percent of the state of New South Wales was either flooded or threatened with flooding.

The Moderate Resolution Imaging Spectroradiometer (MODIS) on NASA’s Terra satellite captured the top image on March 5, 2012. For comparison, the bottom image shows the same region 20 days earlier, on February 14, 2012. These images use a combination of visible and infrared light to better distinguish between water and land. Water varies from electric blue to navy. Vegetation is bright green. Bare ground is earth-toned. Clouds range in color from white to pale blue-green.

The transformation of the landscape between mid-February and early March is dramatic. In February, aside from some water bodies in the south, the region appears mostly dry. Twenty days later, heavy rains have turned parts of New South Wales into inland seas.

One year earlier, the residents of this region were coping with a prolonged drought. Nicknamed the Big Dry, the drought lasted from 1997 to 2011. 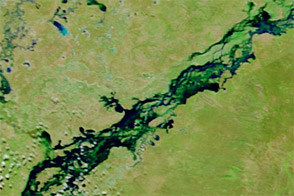 Flooding along the Darling River