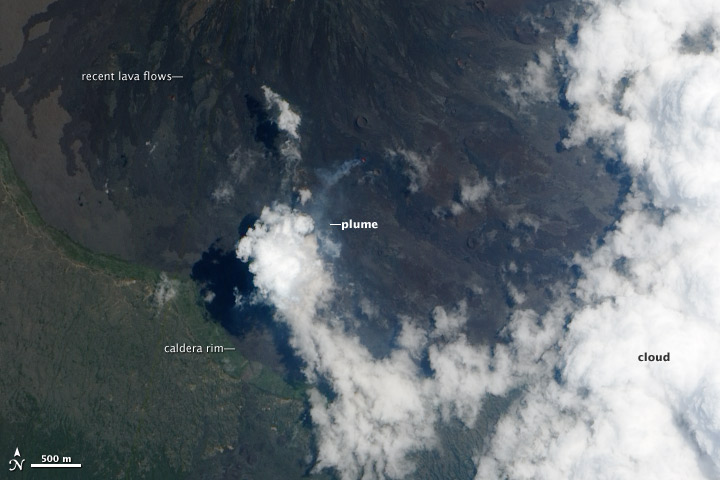 This natural-color satellite image was acquired on October 19, 2010. A blue-tinged plume rises from the south flank of the volcano, and the small orange dot at the base of the plume is likely a lava fountain. Lava generally flows towards the east, where Piton de la Fournaise’s caldera opens to the ocean (off the right-hand edge of the image). The 5,000-year-old caldera is filled with dark gray solidified lava. The darkest flows are very recent, less than 30 years old. Outside the caldera green vegetation covers the land. The image was acquired by the Advanced Land Imager (ALI) aboard Earth Observing-1 (EO-1).