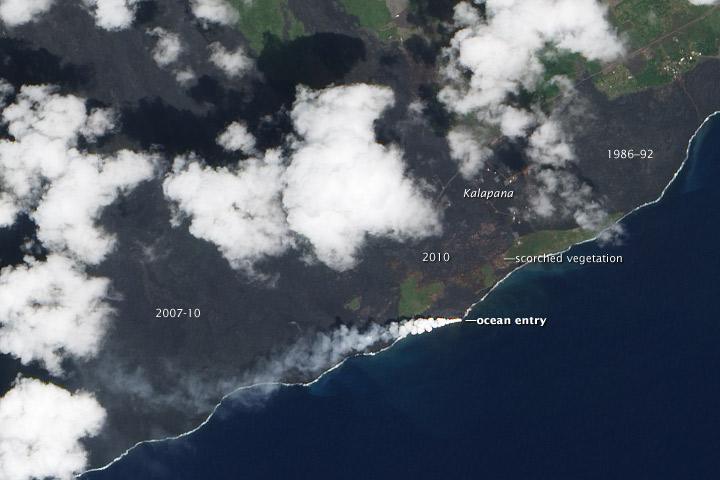 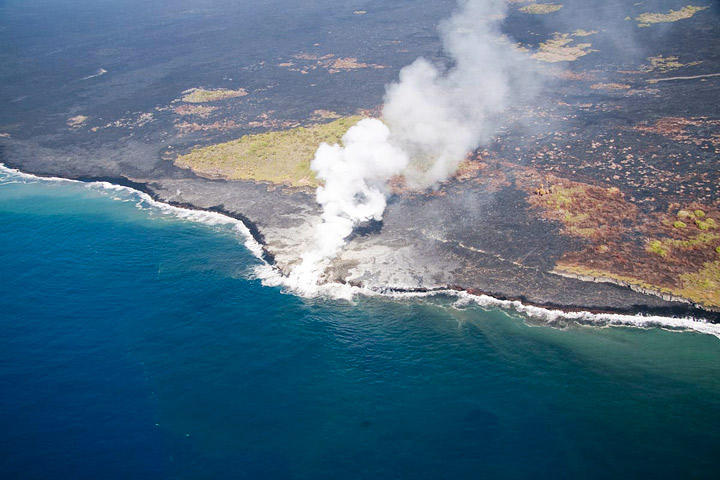 The youngest land on Earth lies along the southern coast of the island of Hawaii, where lava from Kilauea Volcano enters the ocean. When lava meets the sea, it vaporizes seawater and creates a dense plume of steam. Over time, the lava builds a delta, extending the shoreline of Hawaii. From November 1986—when lava from the current eruption first reached the ocean—through December 2009, Kilauea created 192.3 hectares (475 acres) of new land.

This natural-color satellite image shows lava entering the ocean at the Puhi-o-Kalaikini Delta. It was acquired by the Advanced Land Imager (ALI) aboard Earth Observing-1 (EO-1) on September 28, 2010. Black areas are fresh lava flows, the earliest of which were laid down from 1986 to 1992. Activity along this section of coast resumed in 2007, with breakouts earlier this year encroaching on the town of Kalapana, which was partially covered in 1990 and 1991. Healthy vegetation is green, while vegetation scorched by recent lava flows is brown. Trade winds blow the white plume to the west. The image is accompanied by an aerial photograph taken on September 30 by the U.S. Geological Survey's Hawaii Volcano Observatory.