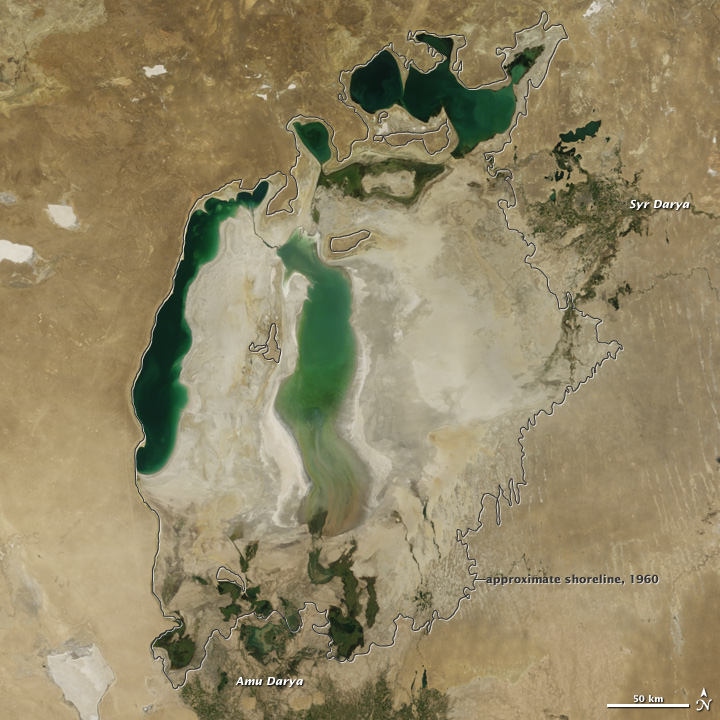 Modern trends are no exception: when water began to be diverted from the Amu Darya for vast agricultural projects starting in 1960, the Aral Sea began to shrink. This image, taken on August 26, 2010, by the Moderate Resolution Imaging Spectroradiometer (MODIS) on NASA’s Terra satellite, demonstrates the close connection between the Aral Sea and the Amu Darya River. It is the most recent image in a ten-year sequence published on the Earth Observatory’s World of Change: Shrinking Aral Sea.

In 2010, however, the drought broke. Snow in the Pamir Mountains was normal, and enough water flowed into the Amu Darya that the river reached the Aral Sea. The muddy pulse of water settled in a shallow layer over the bed of the eastern lobe of the South Aral Sea, making it look much larger than it had in 2009.