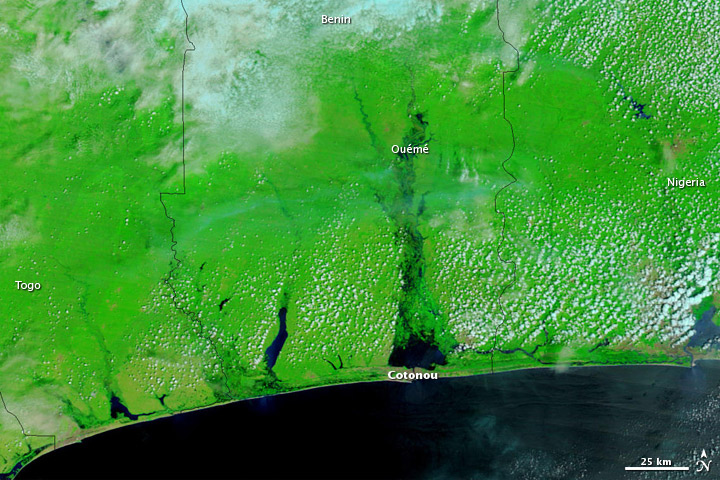 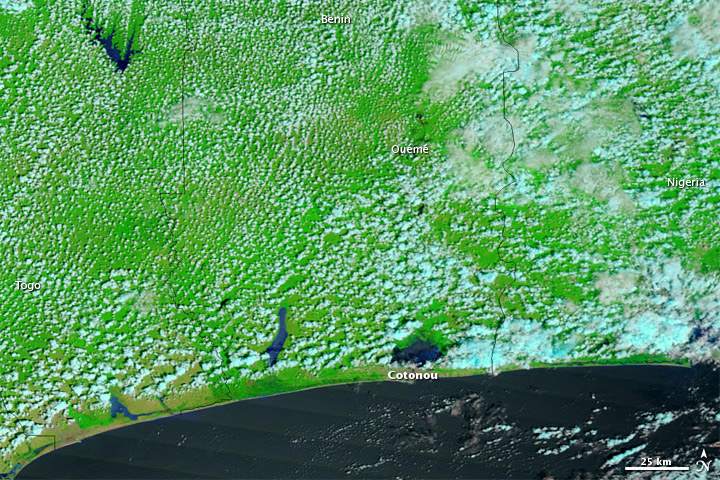 Heavy rains flooded parts of West and Central Africa in the rainy season of 2010, and among the hardest-hit countries was Benin. In late October 2010, Agence France-Presse reported that more than 40 people had died and some 100,000 more had been displaced. The Ouémé River spilled over its banks in multiple locations, and camps sprang up along the fringes of the coastal city of Cotonou at the river’s mouth.

Acquired by the Moderate Resolution Imaging Spectroradiometer (MODIS) on NASA’s Terra satellite, these images show the coast of Benin on October 22, 2010 (top), and October 26, 2009 (bottom). Both images use a combination of infrared and visible light to increase the contrast between water and land. Water ranges in color from electric blue to navy. Vegetation appears bright green. Clouds range in color from off-white to pale blue-green.

Although clouds partially obscure the satellite sensor’s view in both images, striking differences are still discernible in the Ouémé River. Both the river and several of its tributaries are swollen in the image from 2010.

The BBC reported that authorities worried about contaminated water spreading cholera in the wake of flooding. Agence France-Presse reported that some 800 cases of cholera had already been reported.