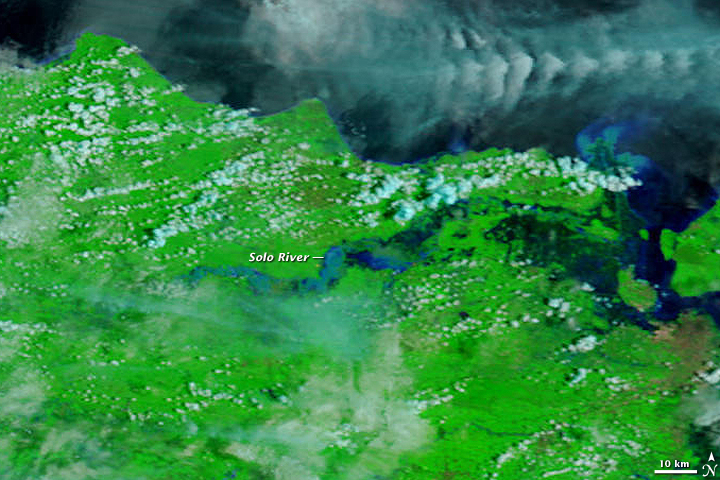 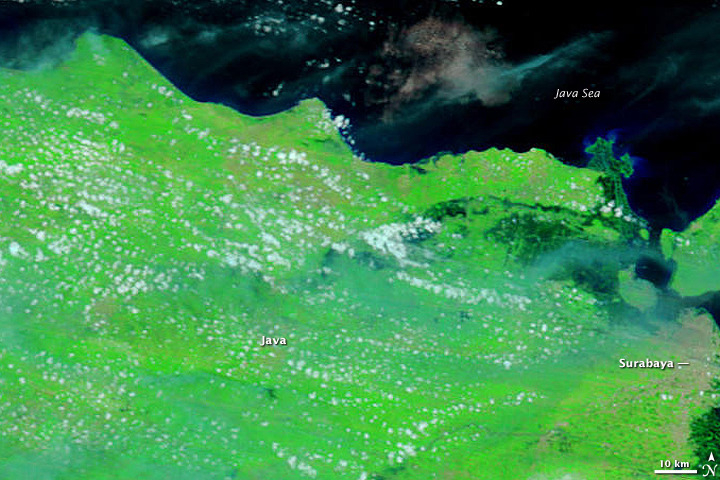 Both images are false color, made with a combination of the wavelengths of light that humans see and infrared light. This combination increases the contrast between water and land. Water is black, but sediment lightens the water to tones of blue. The Solo River is significantly wider in the February 27 image. It is also muddier, its waters going from black to pale blue. The surrounding plant-covered land is bright green, while clouds are turquoise and white. Southeast of the mouth of the Solo River, the city of Surabaya sprawls across the island, tan in contrast to the bright green land around it.