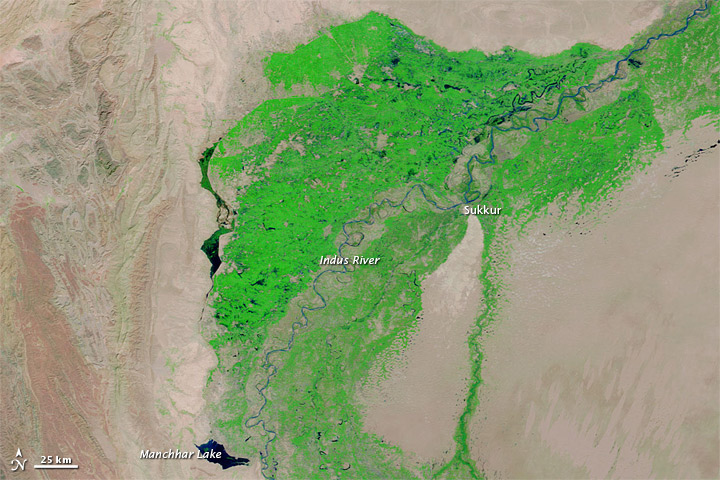 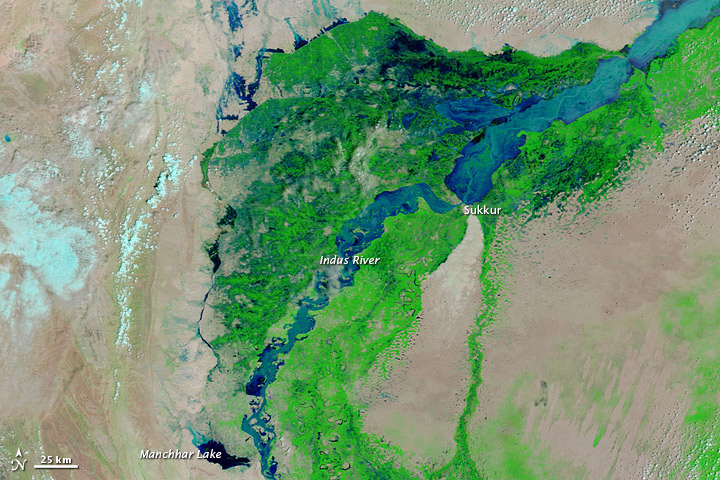 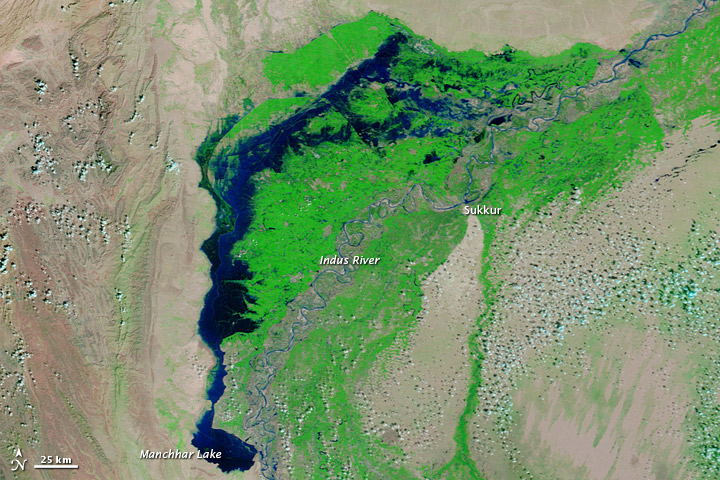 As October 2010 wore on, the massive floodwater lake in Pakistan’s Sindh Province showed little sign of abating. A dozen weeks after the first floods of the 2010 monsoon season, water levels on the Indus River had fallen throughout most of the country, with some lingering high levels near the coast. But even though water levels fell along the Indus, the floodwater west of the river basin remained trapped.

The Moderate Resolution Imaging Spectroradiometer (MODIS) on NASA’s Terra satellite show part of the Indus River Basin on October 11, 2009 (top), August 11, 2010 (middle), and October 12, 2010 (bottom). All three images use a combination of infrared and visible light to increase the contrast between water and land. Vegetation is bright green. Bare land is pink-beige. Clouds are pale blue-green. Water ranges in color from electric blue to navy.

The image from August 2010 shows the region in the midst of devastating floods. The Indus River fills the river valley, and remains swollen downstream from the a Sukkur Barrage (a type of dam). This image also shows the development of a floodwater lake west of the river, following a dam breach. Water collects along the fringes of irrigation works, especially in the northwest. A thin stream of water makes its way southward toward Manchhar Lake.

The image from October 2010 shows the lingering floodwater lake west of the Indus. Apparently trapped by levees that were unable to prevent flooding, water rests on what would normally be dry land, leaving nearby communities underwater. Manchhar Lake is swollen to perhaps twice its normal area. The Indus River itself appears to have returned to normal water levels, although a lack of vegetation in the river valley suggests that floodwaters swept away river valley plants.