Earl Moves Up the East Coast 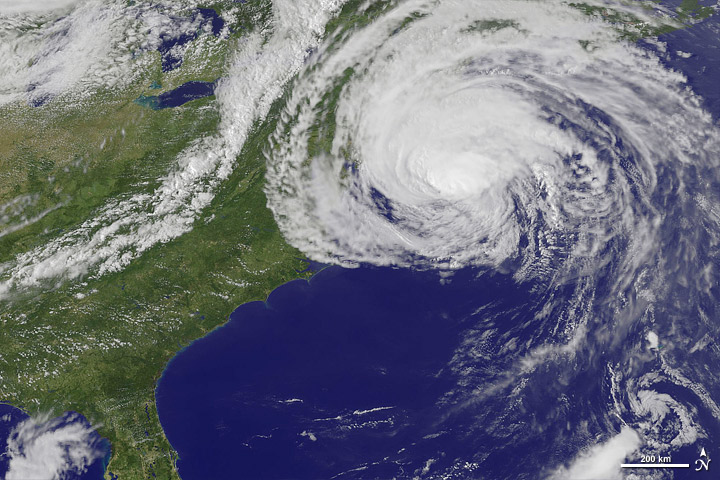 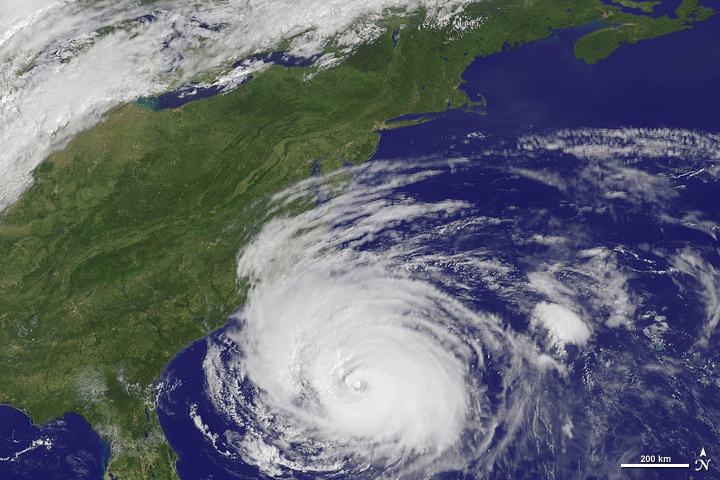 Once a tightly wound spiral of clouds with a clear eye (September 2, bottom image), Hurricane Earl was a far more relaxed and sprawling oval when the Eastern Geostationary Operational Environmental Satellite (GOES-East) satellite acquired the top image on September 3, 2010. As of 2:00 p.m. Eastern Daylight Time, Earl was bearing down on New England as a Category 1 hurricane, with winds of about 130 kilometers per hour (80 miles per hour), according to the National Hurricane Center. Forecasters predicted further weakening as the storm moved northeast.

The previous day, Earl had been a dangerous Category 4 hurricane, but the storm weakened as it churned into progressively cooler waters along the eastern seaboard of the United States and brushed into a cold front moving in from the Midwest. The animation shows the storm’s progress and transformation between September 1 and September 3, 2010. The animation shows GOES images of clouds, spaced out at six images per hour, on top of a true-color composite image from the MODIS sensor (the Blue Marble).

In the animation, Earl develops a large, cloud-free eye early on September 2. The eye disappears and the storm starts to fall apart later in the day just before it grazes Cape Hatteras, North Carolina. By the afternoon of September 3, Earl has loosened and its spiraling cloud bands have spread.

Once a tightly wound spiral of clouds with a clear eye, Hurricane Earl was a far more relaxed sprawling oval on September 3, 2010, when this true-color image was acquired. 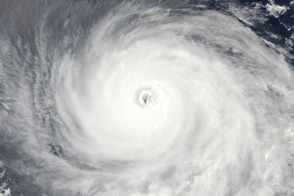 Hurricane Eugene had just reached category 4 strength when this detailed photo-like image was taken on August 3, 2011.

Hurricane Bill's spiraling clouds sprawl across hundreds of kilometers northeast of Puerto Rico in this image from August 20, 2009.