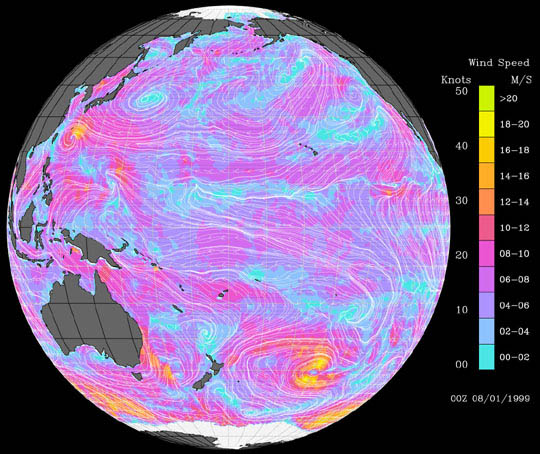 August 9 - NASA’s newly launched ocean viewing radar instrument, SeaWinds, has captured the fury of Typhoon Olga as it grew in intensity last week in the China Sea, packing high winds of more than 50 knots (57 miles per hour) and delivering torrential rains to South Korea, North Korea and other coastal communities of south Asia.