Flooding on the Kabul and Indus Rivers 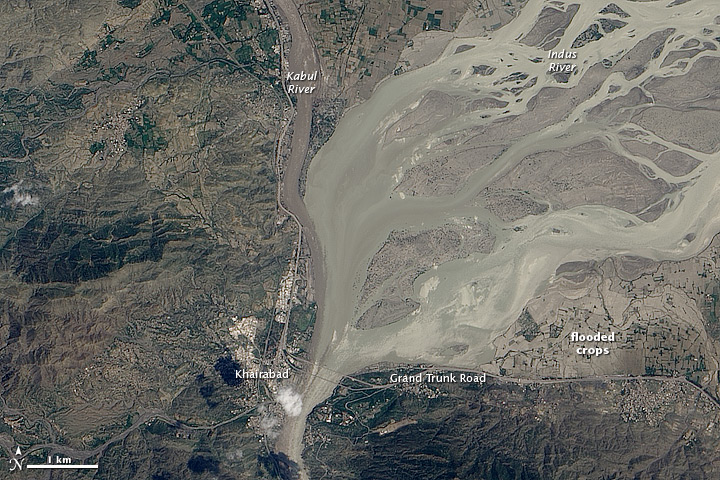 Monsoon rains enabled the usually calm Kabul River to sweep away entire buildings in early August 2010, CNN reported. By August 6, intense rains in the Swat Valley of northern Pakistan had subsided somewhat, leaving behind fields of mud to bake in the summertime heat.

Besides mud and debris, some floodwaters remained on August 5, 2010, when the Advanced Land Imager (ALI) on NASA’s Earth Observing-1 (EO-1) satellite captured this natural-color image. This image shows the area where the Kabul and Indus Rivers meet, near the city of Khairabad. Both rivers appear clogged with sediment, and the Indus River has overtopped its banks in multiple locations. Just east of the confluence, the usually thin braided streams of the Indus River sprawl over the floodplain, spanning close to a kilometer in spots. Southeast of the Indus, muddy water stands on agricultural fields.

As residents of northern Pakistan began to return home to assess the damage, authorities evacuated half a million residents from the southern province of Sindh, according to news reports. The flood surge moving down the Indus River toward the coast was expected to force the river over its banks between August 6 and August 8, 2010.

Acquired August 5, 2010, this natural-color image shows the area where the Kabul and Indus Rivers meet. 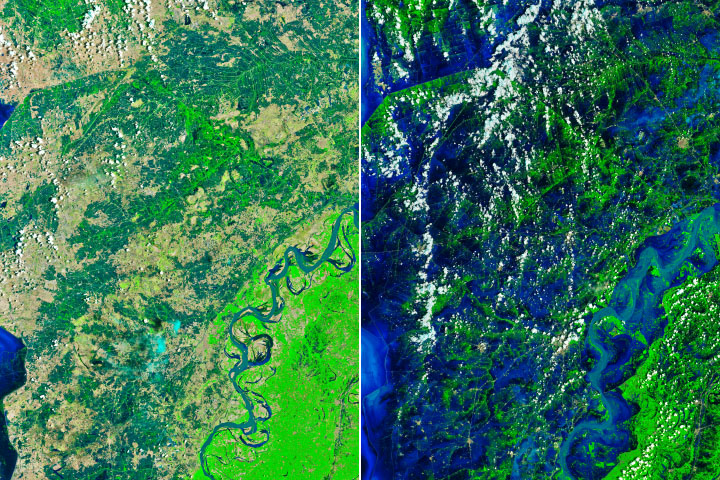