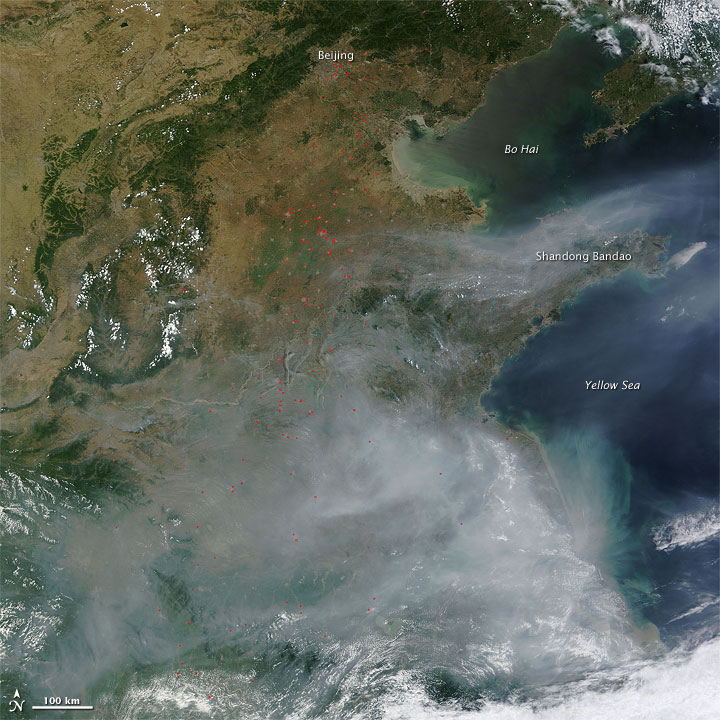 Fires dotted the ground while smoke clogged the skies over eastern China in early July 2010. The Moderate Resolution Imaging Spectroradiometer (MODIS) on NASA’s Terra satellite captured this natural-color image on July 6, 2010. Dozens of fires, marked by red outlines, appear south of Beijing. West of Bo Hai, skies are mostly clear, but smoke grows thick west of Shandong Bandao, and a thick plume of smoke blows seaward over that peninsula. West of the Yellow Sea, some smoke plumes are thick enough to completely hide the land surface below.

Settlements often appear as pale beige dots in a carpet of green in this region, especially south of Beijing. These settlements are surrounded by croplands, suggesting that many, if not most, of the fires in this image are agricultural fires.