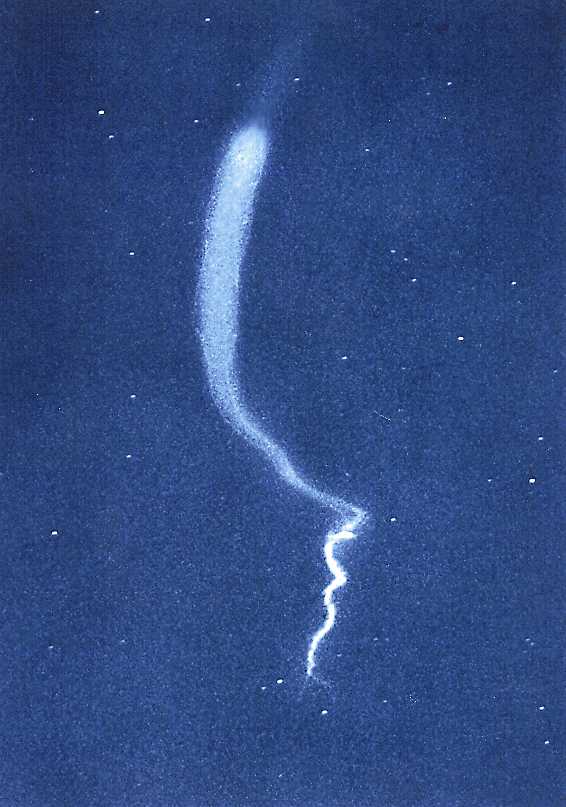 A series of nighttime rocket launches from the Atlantic shore of Virginia July 2-20 will produce glowing clouds in space. Designed to study "space weather" — the interaction of the solar wind with the Earth's magnetic field and atmosphere — the experiments seek to improve our understanding of electrically charged atoms at the edge of space.

The rockets will release a chemical that will form large glowing clouds in space. These milky-white clouds should be visible to the naked eye for several hundred miles from the launch site at Wallops Island, Va., encompassing the mid-Atlantic region and portions of the northeastern and southeastern United States. The clouds should be visible for 10 to 20 minutes to the southeast of the launch site at about 70 degrees elevation (approximately three-quarters of the way between the horizon and the point of the sky that appears to be directly above an observer).

The chemical, trimethylaluminum, will be released in the ionosphere between 43 and 96 miles (69 to 154 kilometers) altitude. The harmless by-products will disperse across thousands of miles as they diffuse into the upper atmosphere.

This photo of a trimethylaluminum cloud was taken over the Poker Flat Research Range, Alaska, following a similar release by NASA.