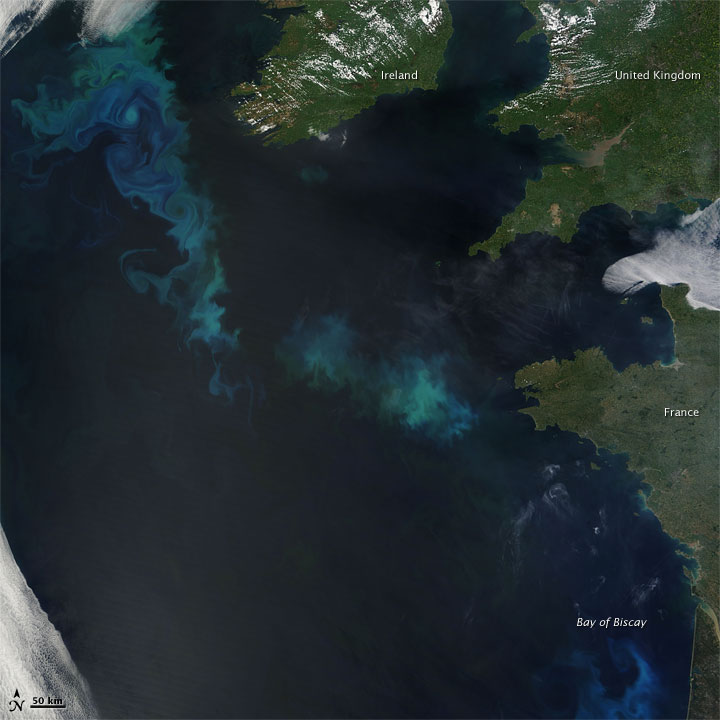 Late May 2010 brought peacock-hued swirls of blue and green to the North Atlantic. The iridescent waters formed a giant arc hundreds of kilometers across, extending from west of Ireland to the Bay of Biscay. The Moderate Resolution Imaging Spectroradiometer (MODIS) on NASA’s Terra satellite captured this natural-color image on May 22, 2010. The vibrant colors are from tiny organisms, phytoplankton, that grow explosively in the North Atlantic—from Iceland to the shores of France—in the spring and summer.

MODIS acquired this image after weeks of eruptive activity at Iceland’s Eyjafjallajökull Volcano. Considering that ash plumes from that volcano closed airspace over much of Europe, one might wonder whether ash provided fertilizer for this bloom. In this case, the answer is probably no. The North Atlantic Ocean already contains plenty of iron, and these waters experience massive phytoplankton blooms every spring and summer.