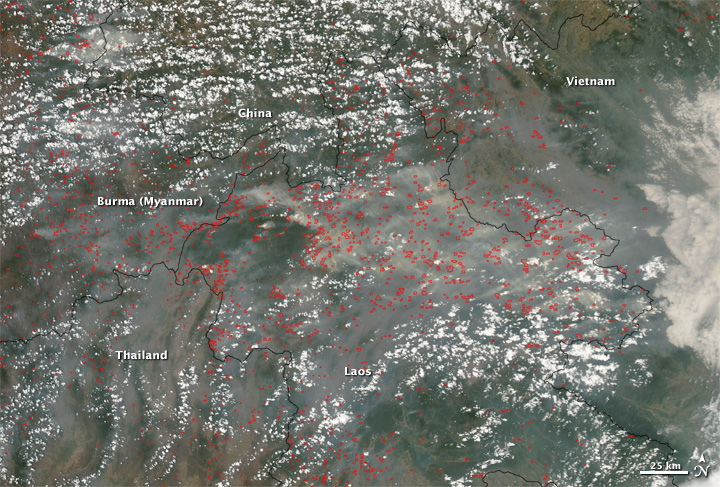 Thick smoke from hundreds of fires in Southeast Asia hid most of the land surface from view on April 5, 2010, when the Moderate Resolution Imaging Spectroradiometer (MODIS) on NASA’s Aqua satellite captured this natural-color image.

Fires (locations marked in red) were most widespread in northern Laos, but were also present in the Shan province of Burma (Myanmar), the mountains of northern Thailand, northwestern Vietnam, and southern China’s Yunnan province.

Late winter and early spring are the dry season in Southeast Asia, where the climate is dominated by rainy and dry phases of the monsoon. During the dry season fires of many kinds are common, including fires to clear crop residues or stimulate new growth of pasture, forest-clearing fires, and accidental (escaped) wildfires.

Hundreds of fires in Burma, Thailand, Laos, and Vietnam were creating smoky skies on March 5, 2010.