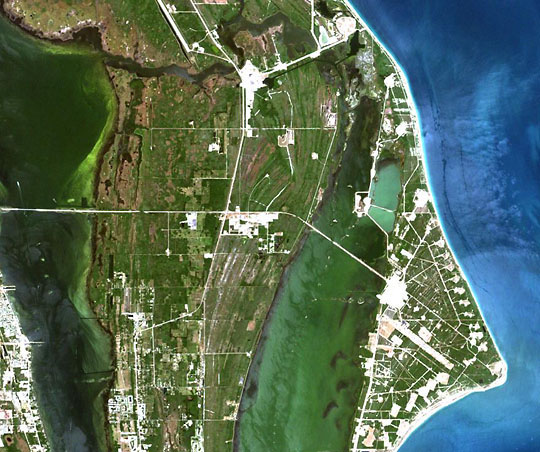 This image was aquired and processed by the USGS Eros Data Center in May, 1999.