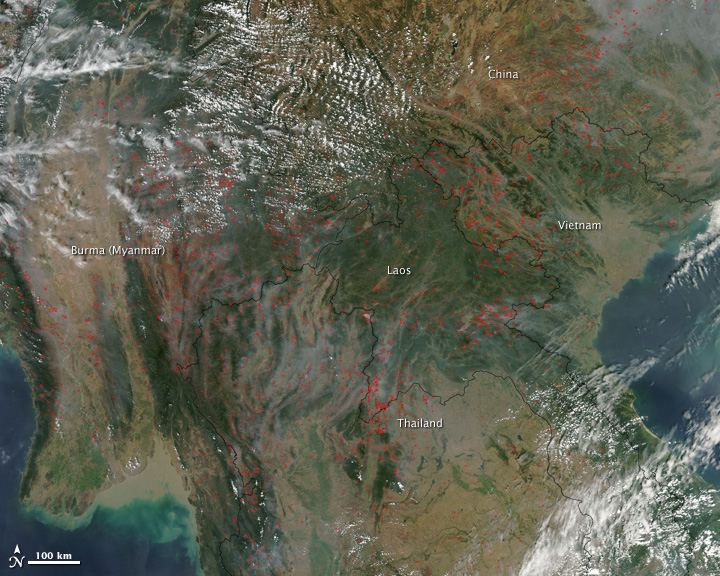 In the late dry season in Southeast Asia, fires—intentional and accidental—become widespread. People burn leaves, brush, and trash in residential areas, and in permanently cultivated areas, farmers use fire to clear crop residue and old grass in pastures. In some instances, the fires may be forest clearing for new agricultural land.

This photo-like image was captured by the Moderate Resolution Imaging Spectroradiometer (MODIS) on NASA’s Aqua satellite on February 26, 2010. Places where MODIS detected actively burning fires are marked in red. Hundreds of active fires were burning across the hills and valleys of Burma (Myanmar), Thailand, Laos, Vietnam, and southern China.