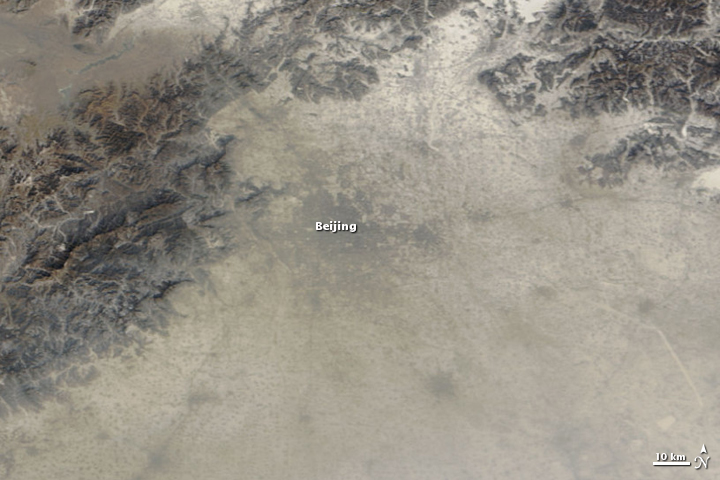 Haze blanketed Beijing, China, on January 18, 2010, when the Moderate Resolution Imaging Spectroradiometer (MODIS) on NASA’s Terra satellite captured this image. The entirel image is brown, as if a thin film covered the image. Through the haze, Beijing is dark gray, its borders clearly defined against the snow-covered landscape around it.

The image also hints at a contributing factor to the poor air quality: a temperature inversion. In the winter, air near the ground cools against the frozen surface, while warm air moves in above it. When this happens, the cool air is trapped near the ground, and pollutants build up. On January 18, haze covered much of China, probably because of a temperature inversion.

Daily images of China are available from the MODIS Rapid Response System.

A temperature inversion—cold air near the ground and warm air aloft—likely contributed to widespread haze over much of China on January 18, 2010.