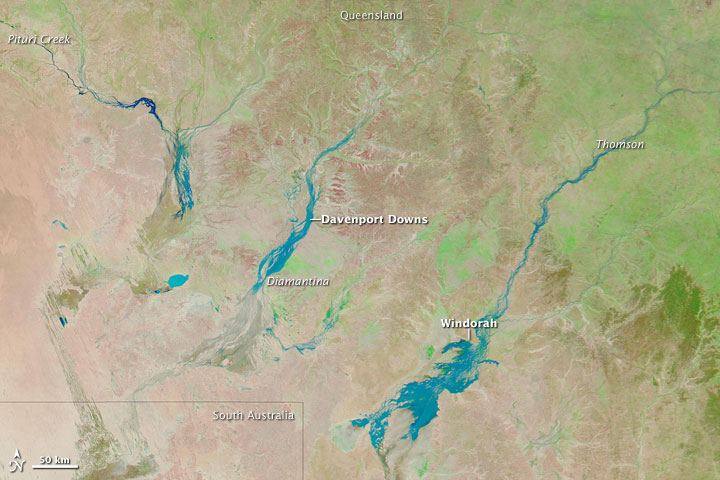 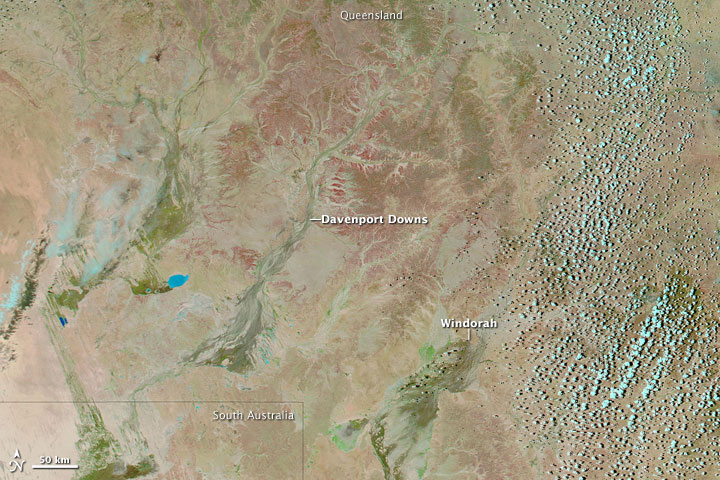 River channels run throughout southwestern Queensland, but most of the time, the channels are dry. In this area known as Channel Country—sprawling across multiple Australian states—rainfall is sparse and erratic. Although rare, floods can change the landscape dramatically. That was the case in January 2010 when floodwaters created impermanent lakes.

The Moderate Resolution Imaging Spectroradiometer (MODIS) on NASA’s Aqua satellite captured these images of southwestern Queensland on January 18, 2010 (top), and December 23, 2009 (bottom). These images use a combination of infrared and visible light to increase the contrast between water and land. Vegetation, even sparse vegetation, appears bright green. Clouds appear sky blue. Water varies in color from electric blue to navy. Bare ground appears pink-brown. In the image acquired in December 2009, the local towns of Davenport Downs and Windorah sit on dry ground. In the image acquired in January 2010, the same towns are surrounded or soaked by floodwaters.

According to a news report dated January 12, 2010, the town of Windorah was isolated from the outside world by high water, and was expected to remain so for another 10 days.