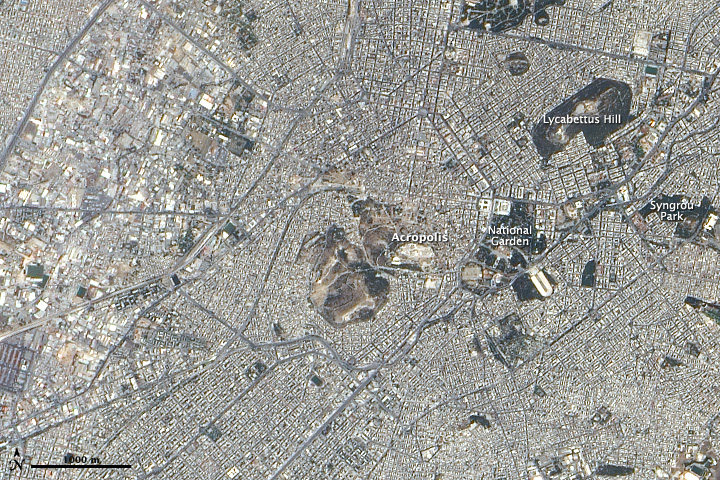 With a history spanning more than three millennia, Athens bears remnants of every age, from Classical antiquity through the twenty-first century. The city’s center, with its treasures of Greco-Roman architecture, lies east of an industrialized region, identifiable by the sprawling buildings with broad, flat roofs. Suburbs surround the city center on all sides.

Standing out from the gray-blue cityscape are several areas of green: Lycabettus Hill, the National Garden, Syngrou Park, and the open space around the Acropolis. The tilted U shape is the Panathenaic Stadium, gleaming white thanks to its marbled surface. Built in Classical times, it was renovated for two sets of modern Olympic games, in 1896 and 2004.

ALI acquired this image not long before the 2004 Olympic Games. The following month, an astronaut photograph taken from the International Space Station showed a wider view of Athens.