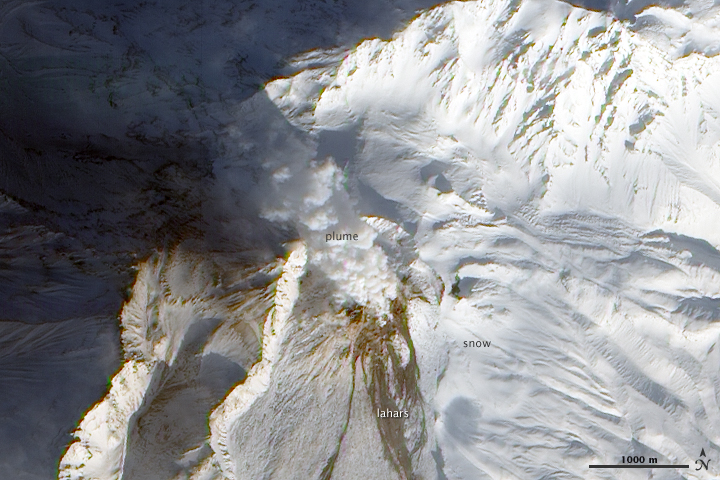 The same day that ALI captured this image, the Kamchatkan Volcanic Eruption Response Team (KVERT) reported activity at Shiveluch, including a new lava flow at the volcano’s lava dome, seismic activity above background levels, and ash plumes rising to a height of 5.5 kilometers (18,000) feet above sea level. KVERT reported that the ash plumes had the potential to interfere with international and low-flying aircraft.

Shiveluch is a stratovolcano composed of alternating layers of hardened lava, solidified ash, and rocks thrown out by earlier eruptions. It rises to a height of 3,283 meters (10,771 feet) and ranks among Kamchatka’s largest and most active volcanoes.