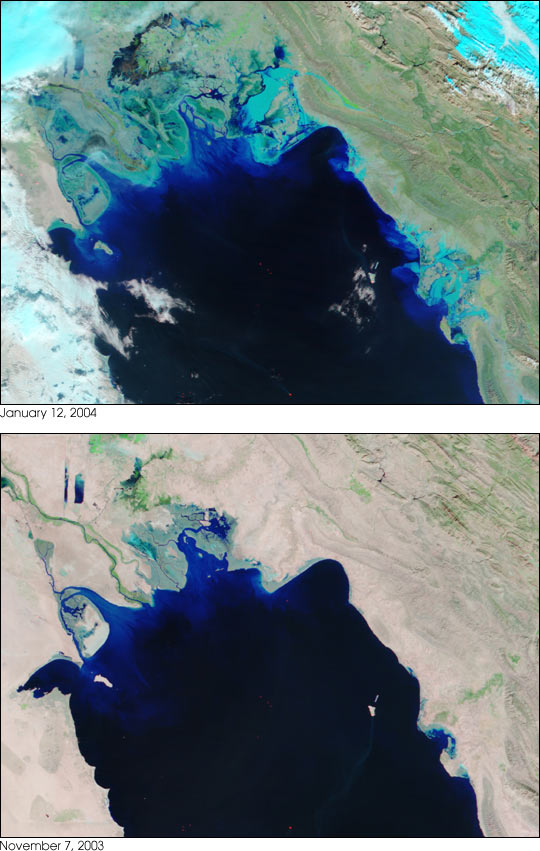 Two days of intense rain filled the rivers and marshlands of southwestern Iran and southeastern Iraq with pools of water, seen in varying shades of blue in the Moderate Resolution Imaging Spectroradiometer (MODIS) image taken on January 12, 2004, top. In contrast, the image acquired on November 7, 2003, bottom, is dominated by dry, bare ground, seen as pink. The false-color image combines data from shortwave, infrared, and red bands as red, green, and blue to highlight flooded areas. Clear water is dark blue, sediment-filled water, saturated soils, and clouds are light blue, while vegetation appears green.

The same storm flooded much of Iran’s western coastal region, claiming the lives of at least six people. To the northwest, more than 8,000 have been forced to flee as irrigation canals in the marshlands around Nasiriya, Iraq, overflow.