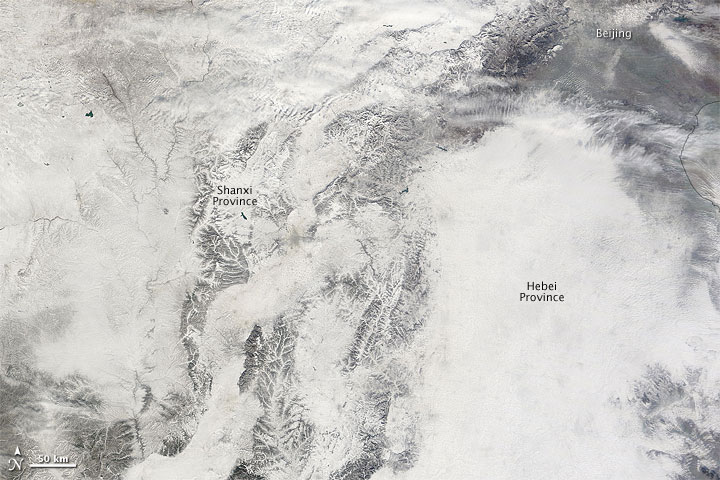 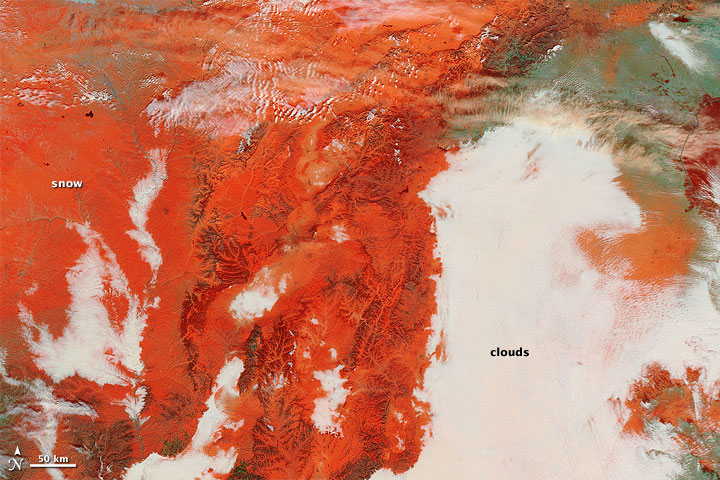 The heaviest snowfall in decades struck northern China in mid-November 2009, reported the BBC. Hardest hit was Hebei Province in eastern China, where snow collapsed buildings and iced roads, leading to 38 deaths. Four of the casualties were students crushed by collapsing school roofs.

The Moderate Resolution Imaging Spectroradiometer (MODIS) on NASA’s Terra satellite captured these images, showing parts of Hebei and Shanxi Provinces, on November 13, 2009. The pictures show the same area, but the top image is true-color, and the bottom image is false-color, which better distinguishes snow and clouds. In the false-color image, snow appears orange-red, and clouds range in color from white (liquid-water clouds) to pale peach (ice clouds). A cloudbank hovers over part of Hebei Province, but relatively clear skies over neighboring Shanxi Province reveal a coating of snow on the rugged landscape. In the Beijing region, near the upper right corner of the image, snow cover is more sporadic.

Acquired November 13, 2009, these true- and false-color images show part of northeastern China shortly after a severe snowstorm. In the false-color image, snow appears orange-red, and clouds range in color from pale peach to white.