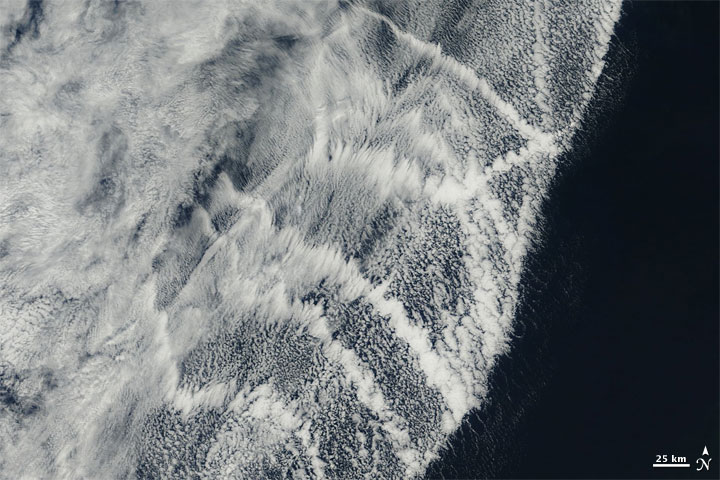 A bank of clouds off North America’s west coast featured a series of white trails in early October 2009. The Moderate Resolution Imaging Spectroradiometer (MODIS) on NASA’s Terra satellite captured this true-color image on October 5, 2009. Although the white trails look vaguely like contrails left behind by airplanes, they actually result from ship exhaust.

The cloud bank shows a fairly sharp boundary along its eastern edge, and the ship tracks end with the other clouds. The cloud-free area to the east apparently holds drier air, which lacks sufficient moisture to lead to cloud formation.