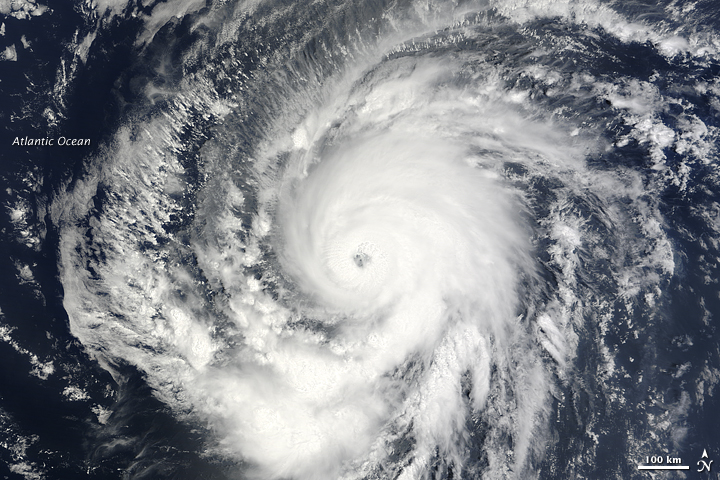 According to a bulletin released by the U.S. National Hurricane Center at 5 p.m. Atlantic Standard Time on September 9, 2009, the eye of Hurricane Fred hovered over the Atlantic Ocean some 955 kilometers (595 miles) west of the southernmost Cape Verde Islands. With maximum sustained wind speeds of 185 kilometers (115 miles) per hour, Fred was a Category 3 hurricane. The National Hurricane Center reported, however, that the storm had weakened slightly over the previous several hours, and was expected to continue weakening over the subsequent 48 hours.

Acquired at 12:55 UTC on September 9, 2009, this true-color image shows Hurricane Fred, hundreds of kilometers across, hovering over the eastern Atlantic Ocean. 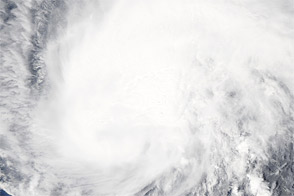