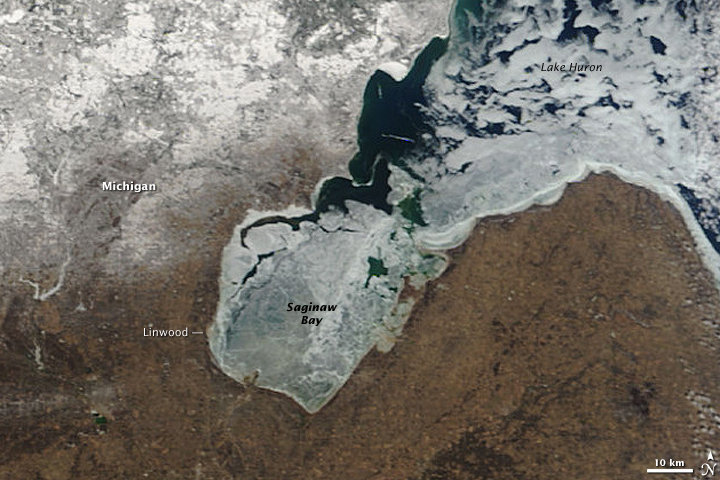 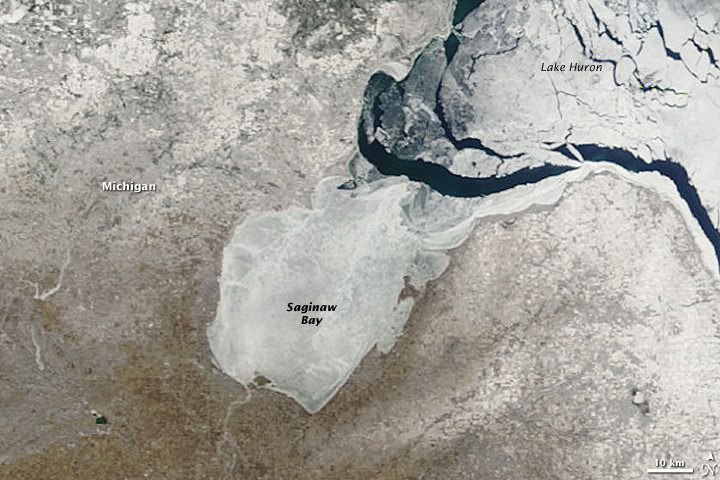 Lakeshore residents of Linwood, Michigan, were invaded by mountains of ice on the evening of March 8, 2009, said news reports. Strong winds drove ice from the Saginaw Bay of Lake Huron onto shore and into homes, forcing 36 houses to be evacuated, reported The Bay City Times, a local newspaper. While the sensor does not capture enough detail to see the piles of ice on shore, the Moderate Resolution Imaging Spectroradiometer (MODIS) on NASA’s Terra satellite observed the impact of the storm on the ice in the bay on March 9, 2009, top.

The lower image shows the bay and Lake Huron on March 4, 2009, the last cloud-free day prior to the wind storm. In the five days that elapsed between the two images, the ice on the lake and in the bay broke up. Ice on the portion of the lake shown here had largely disappeared. Saginaw Bay went from what appears to be a solid sheet of ice on March 4 to chunks and thin sheets of ice separated by lines of open water on March 9. The wind undoubtedly helped to break the ice up into slabs and chunks, which were then driven on shore. The retreat of winter is also evident on land, where brown earth was emerging from under widespread snow.