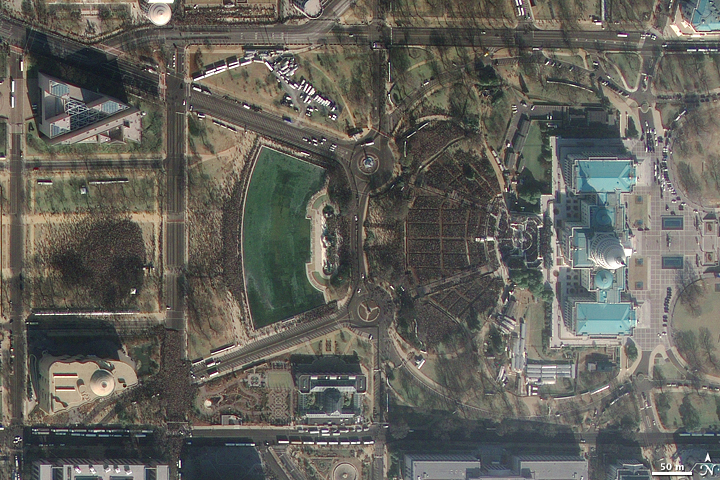 Despite the blustery weather, more than a million people gathered in Washington, D.C., on January 20, 2009, to witness and celebrate the inauguration of the forty-fourth president of the United States. The commercial satellite GeoEye-1 captured this high-resolution view of the crowds that morning.

The Capitol is at image right; the dome and the bright blue-green roofs are easy to recognize. To the right of image center, what at first seems to be a dense, leafless forest is actually the crowd of people closest to the site of the swearing-in ceremony, which takes place on the steps of the Capitol. To the left of center is the greenish rectangle of one of the reflecting pools on the National Mall—the strip of open lawn that stretches from the Capitol in the east to the Lincoln Memorial in the west.

West of the reflecting pool is the first of numerous satellite crowds that were strung out in pockets along the length of the mall. Jumbo screens were placed along the route to allow people far from the Capitol to see the event. A pair of especially large crowds clustered on the lawn surrounding the Washington Monument (white obelisk, visible in the large version of the image). 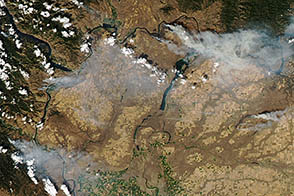