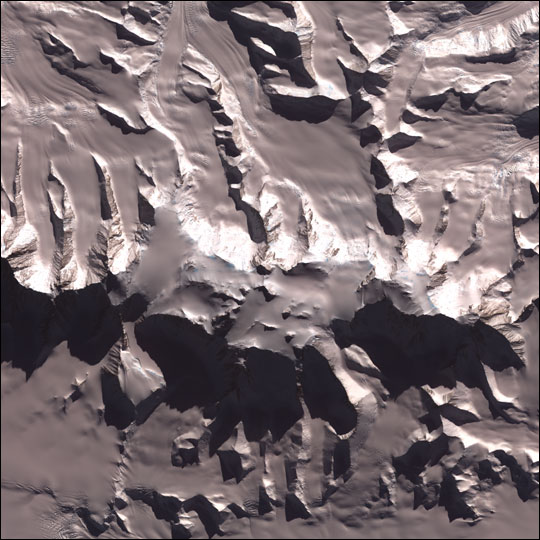 Vinson Massif is the tallest mountain in Antarctica. Its peak reaches 4897 m (16,067 ft), though the mountain itself is a large raised feature around thirteen miles long and eight miles wide, dominating the Sentinel Range of the Ellesworth Mountains in which it is located. It was first surveyed in 1957 as part of the activities for International Geophysical Year, when it was named after U.S. Congressman Carl Vinson, a strong supporter of the Antarctic research expeditions.

The peak was first climbed in 1966 by an expedition led by Nicholas Clinch and jointly sponsored by the National Geographic Society, the National Science Foundation, and the American Alpine Club. Ascents are not technically challenging in so far as the climbing itself goes. But the mountain is quite geographically isolated and thus presents several logistical challenges. The nearest airport is in southern Chile and only cargo planes have the range to reach the smooth ice cap to the west of the Sentinel Range where they land on skis. Once there, the severe persistent cold poses its own unique challenges: even in summer, the climbing season, the average temperature is -20 ° F despite 24 hours of sunlight a day. Expeditions to the West Antarctic interior cost around $50,000 per person, so it is neither a popular nor crowded destination! Since the discovery of Vinson, it is estimated that perhaps four hundred people have reached its peak, most of them in the past fifteen years since the Seven Summits concept has become popular.

This false-color image was acquired by the Advanced Spaceborne Thermal Emission and Reflection Radiometer (ASTER), aboard NASA’s Terra satellite, on November 15, 2002. The scene covers an area of 63 x 81 km (39 x 51 miles).