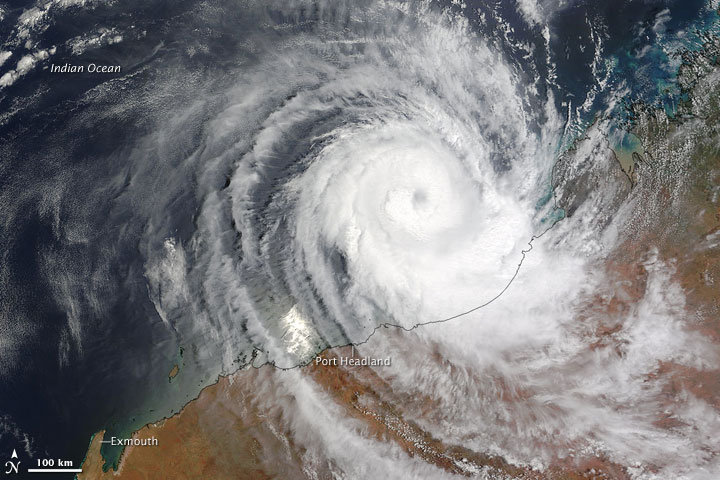 Tropical Cyclone Billy continued traveling westward along the coast of Western Australia on December 24, 2008. The Moderate Resolution Imaging Spectroradiometer (MODIS) on NASA’s Terra satellite captured this image the same day, at 11:40 a.m. local time. Although the eye of the storm is over the ocean in this image, clouds linger over the coastline. The clouds appear especially thick immediately southeast of the storm’s eye. A tendril of clouds extends from the western margin of the storm toward the southeast in an arc that stretches hundreds of kilometers inland.

According to a report from Bloomberg issued on December 24, 2008, Cyclone Billy’s presence suspended drilling off the northwestern coast of Australia. Authorities evacuated all non-essential personnel from one rig on December 12, and operations were still halted at two rigs as of December 24. Most of Australia’s oil and gas is produced off the country’s northwest coast.