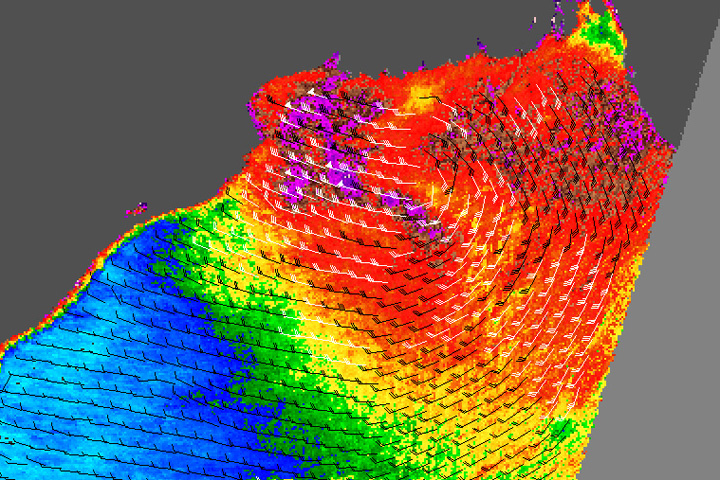 Tropical Storm Rashmi came ashore over Bangladesh on October 27, 2008, taking at least 15 lives, reported Reuters. This image shows the wind field associated with the storm just before it came ashore on October 26. The image was made from data collected by the QuikSCAT satellite, which records wind speed and direction over the ocean. Areas of high wind are purple and red. Calmer areas are blue. The barbs mark out the wind direction, and white barbs indicate regions of heavy rain.

While the barbs illustrate the circular wind pattern common to all tropical storms, the wind field shows little of the structure evident in a more powerful storm. Typically, a cyclone will consistent of strong winds swirling around a calm core, with gradually decreasing winds spiraling out. In this case, Rashmi is a less-defined region of wind and rain.