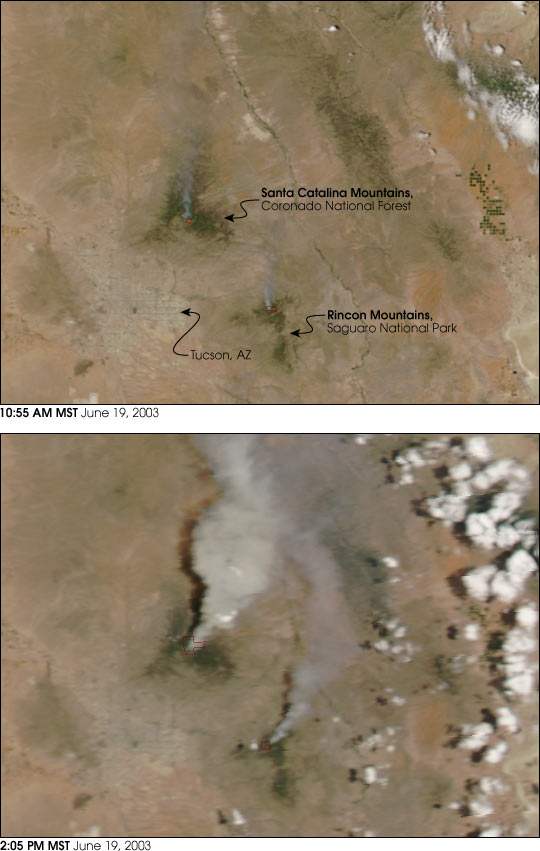 Twenty miles north of Tucson, Arizona, the Aspen Fire is raging through the Coronado National Forest. According to news reports, thousands of acres have been burned, including an unknown number of homes and businesses in a resort community on Mount Lemmon. Hundreds of people have been evacuated from the area as fire fighters struggle to contain the blaze in difficult terrain under hot, dry, windy conditions.

In these Moderate Resolution Imaging Spectroradiometer (MODIS) images from the Terra (top) and Aqua (bottom) satellites on June 19, 2003, several fires have been detected across the Southwest and are marked with red polygons. The Aspen Fire, south of center, has the largest smoke plume of all the fires. The grayish patch to the southwest of that fire is the city of Tucson.