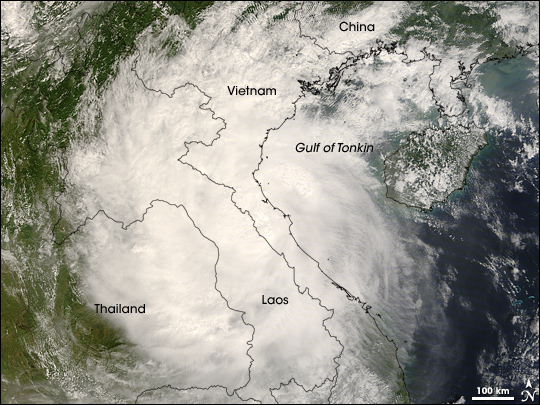 The Moderate Resolution Imaging Spectroradiometer (MODIS) on NASA’s Terra satellite captured this photo-like image of Tropical Storm Mekkhala over Vietnam, Laos, and Thailand on September 30, 2008, shortly after the storm came ashore. Mikkhala hit Vietnam with winds of 100 kilometers per hour (63 miles per hour or 55 knots), according to estimates from the Joint Typhoon Warning Center. The storm has the distinctive round shape of a tropical cyclone and covers a large area, from the Chinese border to southern Laos.

The high-resolution image provided above is at MODIS’ full spatial resolution (level of detail) of 250 meters per pixel. The MODIS Rapid Response System provides this image at additional resolutions. You can also download a 250-meter-resolution KMZ file of the storm suitable for use with Google Earth. 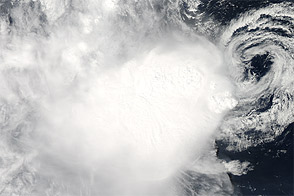 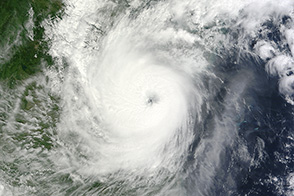