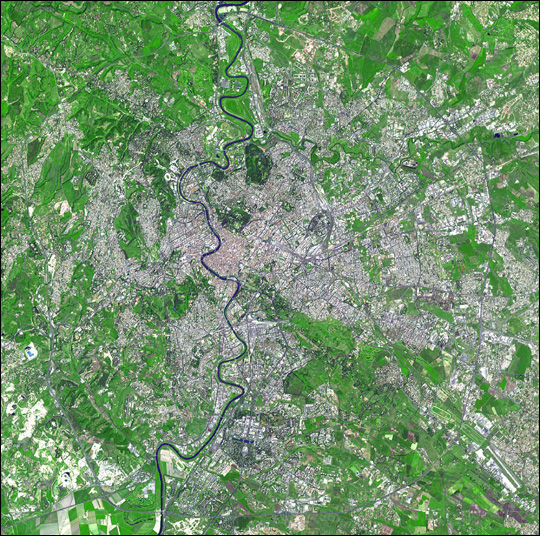 History permeates every corner of the magnificent city of Rome, Italy, famed as the Eternal City. Situated on seven hills along the Tiber River in central Italy—the site of settlements dating from 1500 BC—ancient Rome arose as a republic and a significant world force in the 6th century BC. The empire reached its zenith during the early 2nd century AD. The urban population swelled, aqueducts brought fresh water to the city, and a succession of emperors built splendid temples, forums, and other landmarks, including the Colosseum. After centuries of decline, the legendary city regained its cultural dominance during the Renaissance. Designated the capital of a united Italy in 1871, Rome has experienced expansion ever since.

Today, the sprawling, outlying districts of metropolitan Rome, encompassed by the Grande Raccordo Anulare motorway and dressed in contemporary architecture, present a striking contrast to the monuments of antiquity in the heart of the city. Although many international agencies are headquartered in Rome, its economy is largely dependent on tourism and government services. Rome retains its grandeur and reputation as one of the great cultural centers of the world.

This false-color image was acquired by the Advanced Spaceborne Thermal Emission and Reflection Radiometer (ASTER), aboard NASA’s Terra satellite, on May 5, 2003. The scene covers an area of 23 x 23 km (14 x 14 miles).

Rome holds about 2.7 million people and rests 12 miles inland from the Mediterranean Sea halfway down Italy’s west coast. In the above image, the city appears as a grayish mass.