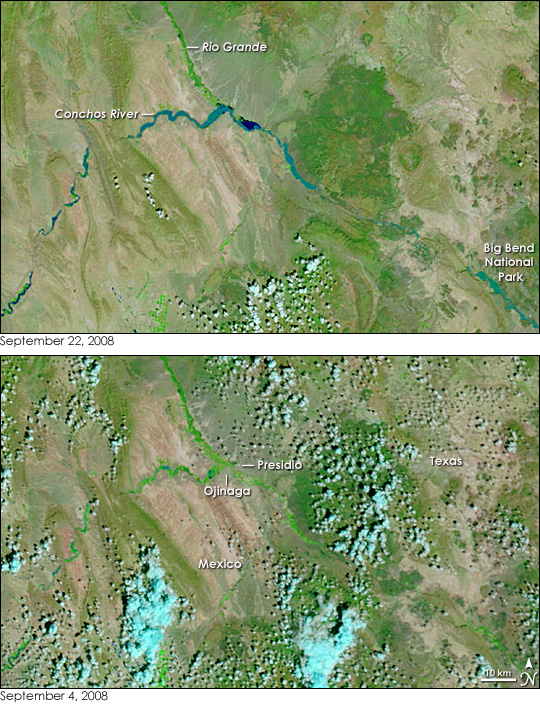 The Rio Grande pushed over its banks in mid-September as heavy rain drenched the river’s southern tributaries. Normally visible only by the strip of green vegetation that lines its banks, the river is a distinct ribbon of blue in the top image, captured by the Moderate Resolution Imaging Spectroradiometer (MODIS) on NASA’s Terra satellite on September 22, 2008. The lower image, taken by Terra MODIS on September 4, 2008, shows the river under normal conditions. Both images have been enhanced with infrared light, so that water is dark blue or black, plant-covered land is bright green, bare earth is tan-pink, and clouds are pale blue and white.