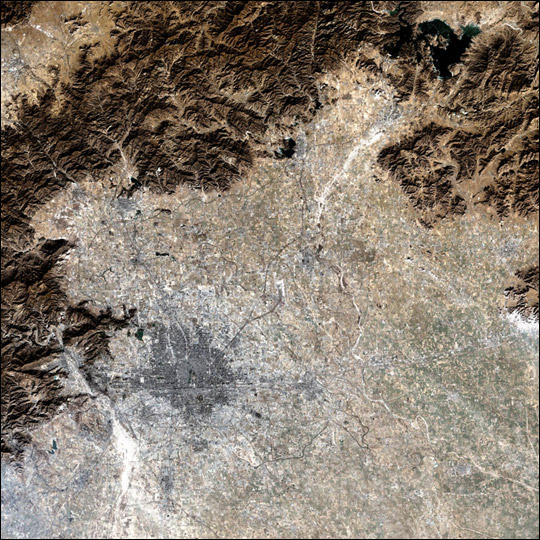 Though currently under the grip of the SARS epidemic, Beijing continues to be one of the most economically vibrant and powerful cities in the world. The capital of China, Beijing, sits on the eastern edge of the country roughly 100 miles from Bo Hai Bay and harbors a population of more than 7 million residents. The city is set in the middle of the Hebei province, where the relatively flat coastal plain meets the rugged Taihang Mountains. Beijing occupies an independent area of almost 6,500 square miles (17,000 square km) controlled directly by the national government.

Beijing has its roots in one of the oldest civilizations of any city in the world. Peking Man lived at Zhoukoudian—about 30 miles (48 km) southwest of Beijing—some 690,000 years ago. The area in and around Beijing was first settled in 1045 BC. The current city center was established when Kublai Khan named the area Cambuluc and made it the capital of the Mongolian Empire in 1260-90. In 1421, the Chinese took the city back, gave it its current name, and made it their capital through the Ming and the Ching dynasties until 1911. From 1860 to 1946, the city was conquered and occupied by many different powers, including Great Britain, various Chinese warlords, and the Japanese military. Upon the defeat of the Japanese, the city was given back to the Chinese people in 1946 only to fall to the Communist Party in 1949.

In the image, Beijing is the dark charcoal gray area in the left, center of the image. The Forbidden City and Tianenmen Square are located just to the right of the green smudge in the center of the city, which is Nanhei Lake. The Taihang Mountain Range is dark brown and runs to the east and north of the city. Smaller towns dot the landscape around the city. Farmland around the city is green and tan and bodies of water are black.

This true-color scene was acquired by the Enhanced Thematic Mapper plus (ETM+), flying aboard the Landsat 7 satellite, on December 29, 2001. Beijing has a continental climate, characterized by cold, dry winters that typically bring little snow. Annual rainfall averages about 28 inches (700 mm), most of which falls in July and August.