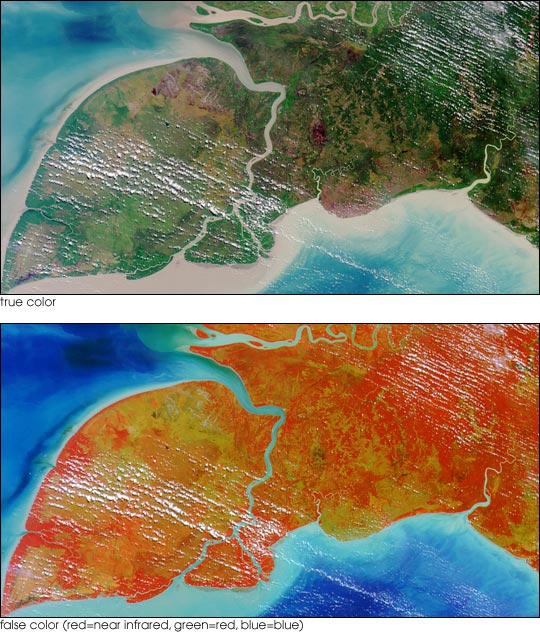 Here’s another chance to play geographical detective! These images from the Multi-angle Imaging SpectroRadiometer (MISR) were captured by the instrument’s nadir camera on July 31, 2002, and show a natural-color (top) and false-color (bottom) view of a 291 kilometer x 158 kilometer area.

The false-color image includes data from the camera’s near-infrared band, and accentuates the appearance of vegetation. North is toward the top.

Below are nine statements about the large, leaf-shaped island in the lower left part of the image area. Only some of these statements are true. Use any reference materials you like, and mark each statement true or false:

Full rules and guidelines are available at MISR's Where on Earth...? page.