High-Resolution View of Fires and Smoke near Sydney, Australia 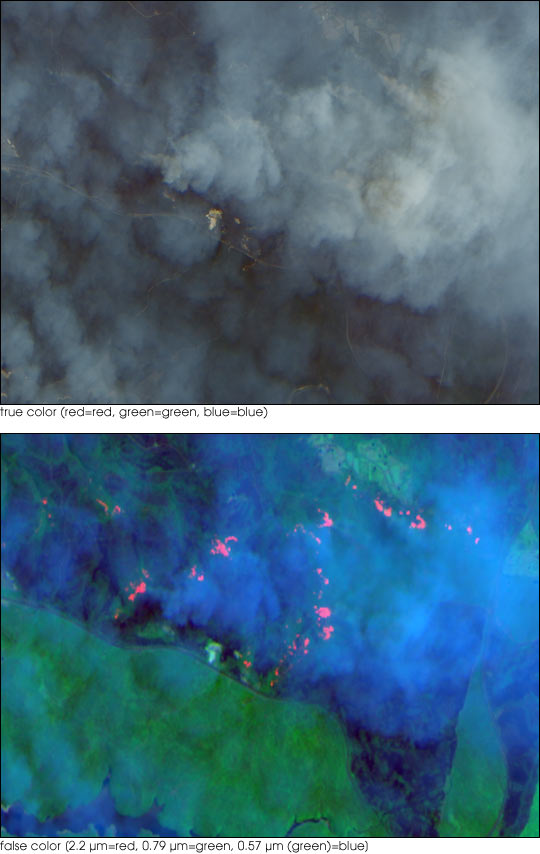 Smoke obscures much of the landscape near Sydney, Australia, in the true-color image above (top). However, the areas with active fires are revealed by the false-color image (bottom), which was made using shortwave infrared data that are sensitive to heat and provide the ability to “see” through smoke. In the bottom scene, the black areas show fresh burn scars, while greens show landscape untouched by fire. Apparently, the fire burned up to the edge of a road (the thin black line snaking from the lefthand side of the image and disappearing off the bottom) and was unable to jump across. The thick dark line along the bottom of the scene is a river.

Both images were made using data acquired on December 28, 2001, by the Advanced Land Imager (ALI), flying aboard NASA’s Earth Observing-1 (EO-1) satellite.