Dust Storm Over Chile and Argentina 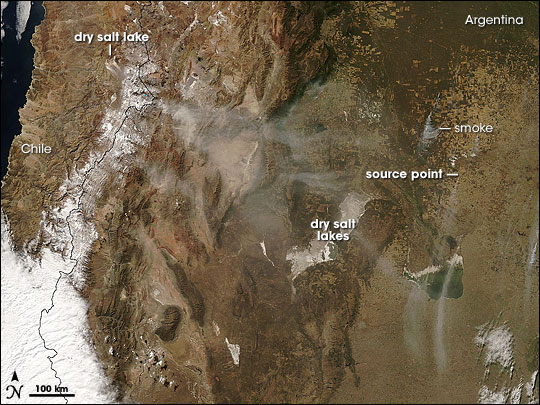 Although snow-capped Andes often come to mind when one envisions the border between Chile and Argentina, dry salt lakes also occur there, and they occasionally give rise to dust storms. Such a dust storm occurred on July 12, 2008, as the Moderate Resolution Imaging Spectroradiometer (MODIS) on NASA’s Aqua satellite passed overhead.

In this image, the dust plumes appear as translucent veils of beige over the landscape, especially east of the Chile-Argentina border. Winds appear to blow different plumes in different directions. In Chile, dual plumes blow toward the southeast from a dry salt lake. In Argentina, several isolated plumes blow south-southwest. Some of the plumes in Argentina are smoke from wildfires. 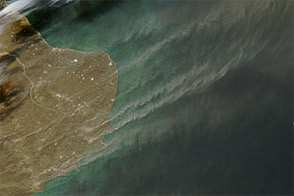 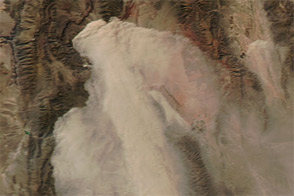