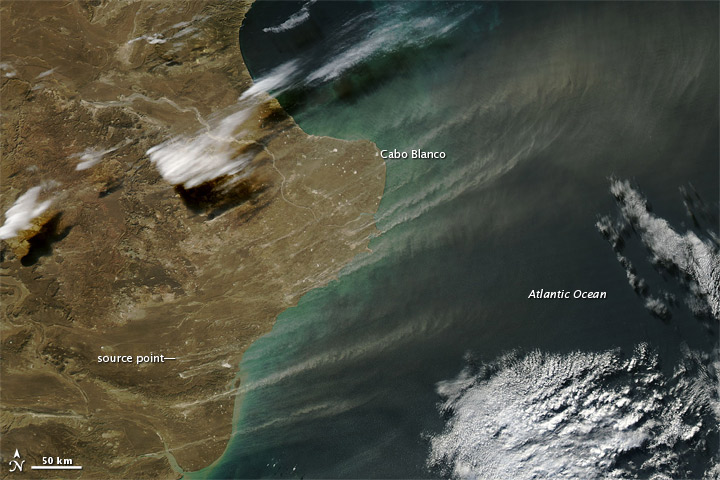 Dust plumes blew off the Argentina coast and over the Atlantic Ocean in late May 2011. The Moderate Resolution Imaging Spectroradiometer (MODIS) on NASA’s Aqua satellite captured this natural-color image on May 23, 2011.

Dust plumes arise from discrete source points near the coast, and blow fairly uniformly toward the east-northeast. Some of the long, thin plumes coalesce into a large veil of dust northeast of the city of Cabo Blanco. A few clouds float overhead, casting their shadows onto the land and water surfaces below.

Although the presence of dust storms might suggest dry conditions, the dust plumes blowing off Argentina in late May 2011 appeared less severe than dust activity occurring in that region in 2009 and 2010. In early May 2011, the Foreign Agricultural Service reported that Argentina was entering its autumn season with a good supply of moisture.